The Nothnagle home in Gloucester County, built in 1638, has been on the market several times, but it hasn't found a buyer 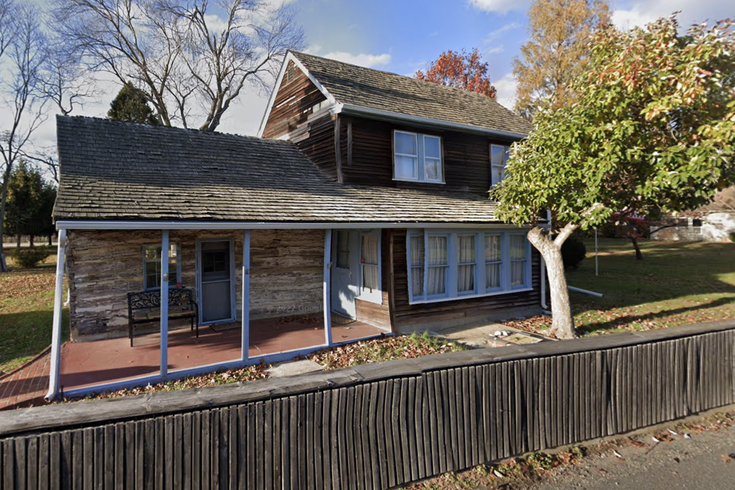 The Nothnagle Log Home was built by Finnish settlers in Greenwich, New Jersey in 1638 and is considered the oldest structure of its kind in the United States. It has been listed for sale at a price of $475,000.

The owners of a Gloucester County log cabin, deemed one of the oldest in the world, have listed the property for sale again. This time it's at a price of $475,000.

The Nothnagle Log Home in Greenwich, at 406 Swedesboro Road, was built around 1638 by Finnish settlers and remains intact with most of its original logs. The property is listed on the National Register of Historic Sites and includes a two-story home that was attached to the original cabin in the 1738, bringing the living space to about 1,800 square feet.

The property also has a machine shop, a shed and a four-car garage on the 1.3-acred parcel. The yard has several 100-foot-tall trees.

Doris Rink and her late husband, Harry, bought the property from relatives in 1968. Over the years, the couple stocked the cabin with period-specific artifacts and occasionally welcomed the public inside for tours. Guests at the property have included ambassadors, congressmen, governors, archeologists and historians who have come to study the cabin.

Rink told NJ.com that she's searching for a buyer who will put as much care and work into the property as she and her husband did over the last several decades. The cabin was built without the use of any nails. The construction method involved the use of ridge poles and square-hewn logs with interlocking dovetails at the ends. It's held together with wooden pins.

"I want to get it into the hands of someone who is capable and loving and willing enough to put as much works into it as my husband and I have over the years," Rink said.

Photos from inside the cabin, included in the Weichert New Brunswick listing, are like a portal into colonial life in America. The relic is considered the oldest log cabin of its kind still standing in its original position in the Western Hemisphere. It was built just 18 years after European pilgrims first landed in New England in Plymouth, Massachusetts. The cabin itself is 352 square feet.

The Rinks first listed the property for sale in 2015 at a price of $2.9 million, but the asking price has dropped considerably after subsequent listings failed to find a buyer. The property was last listed for $750,000 in 2021.

Historical architect and preservation consultant Margaret Westfield previously told NJ.com the property would benefit from being acquired by local, county or state officials if a private buyer doesn't come forward. The listing says that a subdivision or the addition of another structure on the property may be an option for a buyer.