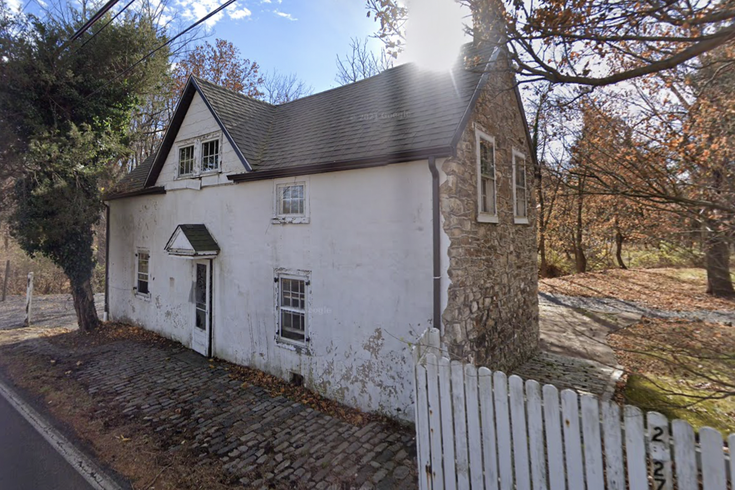 The home at 2827 Aquetong Road in Solebury Township, Bucks County, was part of the 2017 investigation into the murders of four young men who were later found buried on a nearby farm. The home is now listed for sale.

The Solebury Township home where investigators found key evidence leading to the bodies of four young men murdered in 2017 has been listed for sale at a price of $700,000.

The property at 2827 Aquetong Road, once owned by the parents of confessed killer Cosmo DiNardo, was put on the market earlier this month. The three-bedroom, two bathroom home is described in the RE/MAX Aspire listing as a fully renovated, historic property that was built in 1821 and sits on just under an acre of land.

A shed on the property played a role in the homicide case that brought national attention to Bucks County more than five years ago. The four missing men were found on an 80-acre Solebury farm also owned by the Dinardos. The farm is less than a mile away, in the secluded area of Upper Mountain Road near Lower York Road.

DiNardo, now 25, pleaded guilty to killing the four men with the help of his cousin, Sean Kratz, having lured the victims to the farm under the guise of selling them marijuana. DiNardo and Kratz, who was convicted at trial for his involvement in three of the killings, are both serving life sentences.

The car of one of the victims, 21-year-old Thomas Meo, of Plumstead Township, was found in a shed on the Aquetong Road property during the course of a missing persons investigation that lasted more than a week that July. Inside the car, authorities also found the title to Meo's car, his keys and a diabetes kit that Meo needed to survive.

Days earlier, Meo and another victim, 22-year-old Mark Sturgis, of Pennsburg, had met DiNardo near Peddler's Village. They went with DiNardo to the property on Aquetong Road and Meo left his car in the shed. DiNardo then took the two men to the farm, where they expected to buy drugs, but DiNardo shot them both.

Meo was struck in the back and instantly paralyzed. Sturgis attempted to flee, but DiNardo shot him multiple times, killing him. DiNardo then got onto his father's backhoe and ran over Meo, authorities said.

In an earlier incident at the farm, DiNardo had killed 19-year-old Jimi Taro Patrick, of Newtown Township, who had met with him under similar circumstances. Two days after Meo and Sturgis were murdered, DiNardo and Kratz killed 19-year-old Dean Finocchiaro, of Middletown.

Together, DiNardo and Kratz doused three of the bodies in gasoline and burned them in a pig roaster. The bodies were found buried in a 12-foot-deep hole that DiNardo and Kratz dug using the backhoe on the farm. Patrick's body was found buried elsewhere on the farm after investigators agreed not to pursue the death penalty if DiNardo told them where the remains were hidden.

In recordings of DiNardo's confession that were later made public, no clear motive emerged for any of the murders. DiNardo didn't have significant connections to any of the victims, beyond lining up the drug deals.

Prior to the murders, DiNardo had a history of mental health issues and had been banned from visiting the campuses of Holy Ghost Prep and Arcadia University in Glenside due to behavioral issues. He previously had been involuntarily committed to a mental health facility and was legally prohibited from possessing a firearm.

Dinardo's mother, Sandra, purchased the Aquetong Road property in 2006 for $450,000, the Bucks County Courier Times reported. County property records show that she sold the property to Gina DiNardo for $1 last December. The DiNardos still own the farm property.

The murder case was featured in an Investigation Discovery special, "The Lost Boys of Bucks County," that premiered in 2020. The two-hour documentary highlighted the work of Middletown Township police officer Megan Freer, who played an important role in identifying the farm where the victims' bodies were found. Freer received an Award of Valor at the National Liberty Museum in Philadelphia for her role in solving the case.