After dozens of children were sent to city hospitals, several sealed cartons were found to be contaminated with sanitizer 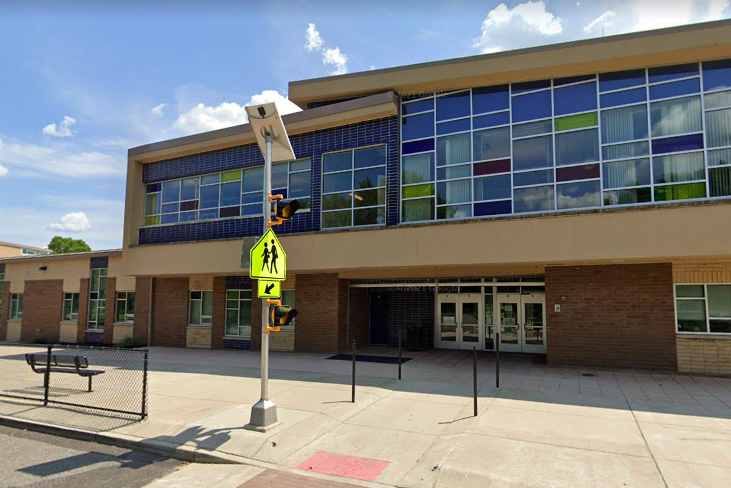 More than 30 children at the Early Childhood Development Center, above, in Camden were sent to the hospital Wednesday amid a milk contamination incident.

Guida's said a food-grade sanitizer diluted with water inadvertently made its way into its milk products. The Connecticut-based supplier said it was disposing all 1% low-fat, half-pint milk cartons with a sell-by date of April 11. The milk is not sold in retail stores.

On Wednesday, 33 students at the Early Childhood Development Center and an adult were taken to hospitals, Camden County health officials said. The pre-school called 911 around 9 a.m. after at least 25 students ingested milk that had an anti-septic odor.

Five students from Riletta Twyne Cream Early Childhood Development Center also were taken to a hospital for evaluation. Cooper University Health Care sent doctors to examine another 15 students at there.

Some children vomited after drinking the milk, district spokeswoman Valerie Merritt told NJ.com. The district pulled 95 milk cartons. It found the substance, which is non-toxic, in eight of them.

This morning we investigated a possible contamination of milk today at our Early Childhood Development Center. It was determined that the substance found in the cartons is a non-toxic consumable sanitizer that runs through the vendor machines prior to milk.

​​"This was a scary situation but thankfully, everyone who was exposed to the milk is in stable condition and either back at school or home," Paschal Nwako, Camden County's health officer, said Wednesday.

The Cherry Hill School District pulled its plain milk from its cafeterias Wednesday as a precautionary measure, though its milk came from a different lot, the Courier Post reported. The district likely will not resume serving plain milk until next week.

Guida's stressed its commitment to consumer safety in a statement released to media outlets.

​​"Nothing is more important than the well-being and health of those we serve," the company said. "Once we were made aware of this issue, we took immediate action and tested impacted product to verify there is no food safety risk."

Merritt provided some details on the next steps Camden schools will take.

"We will create new standardized procedures regarding checks and balances with beverages and food," Merritt said in an email to PhillyVoice. "Sourcing and vendor decisions will be reviewed."