A new date for the event has not yet been determined 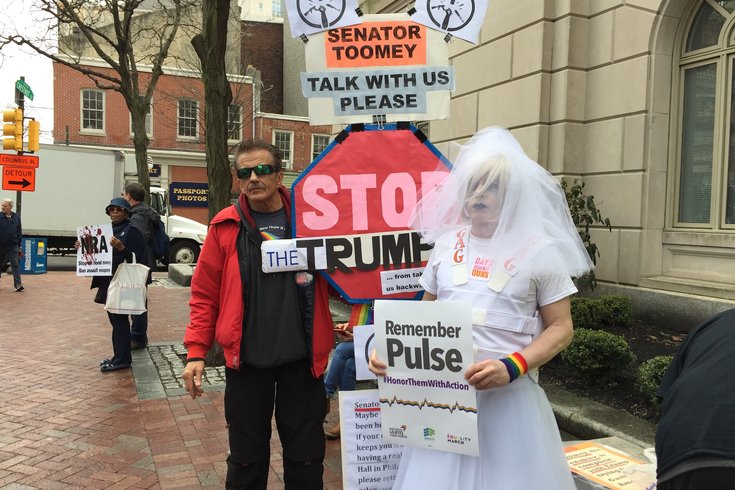 When the Tuesdays With Toomey group and others flocked to Old City for an anti-gun-violence protest last month, they were excited about an upcoming march organized to call for a ban on semi-automatic assault weapons.

Alas, they will have to wait to take to the streets to make their voices heard.

According to Heeding God’s Call to End Gun Violence, the Demand the Ban march – scheduled for Wednesday – has been postponed courtesy of the winter storm expected to hit the city and region on Tuesday and Wednesday.

“The event will be rescheduled soon and (we) will let you know ASAP,” read an email from the group. “Obviously, event organizers are disappointed about the need to postpone, but (they) decided to prioritize the safety of our supporters.”

The march was slated to start at 4th and Arch streets and proceed to the area outside the U.S. Custom House, where U.S. Sen. Pat Toomey’s local offices are located before a “nonviolent civil disobedience action” there at noon.