Gun violence is a huge problem for U.S. children, so prevention is paramount

Every day, 78 kids or teens are killed or injured by gun violence. This is unacceptable but it can be changed 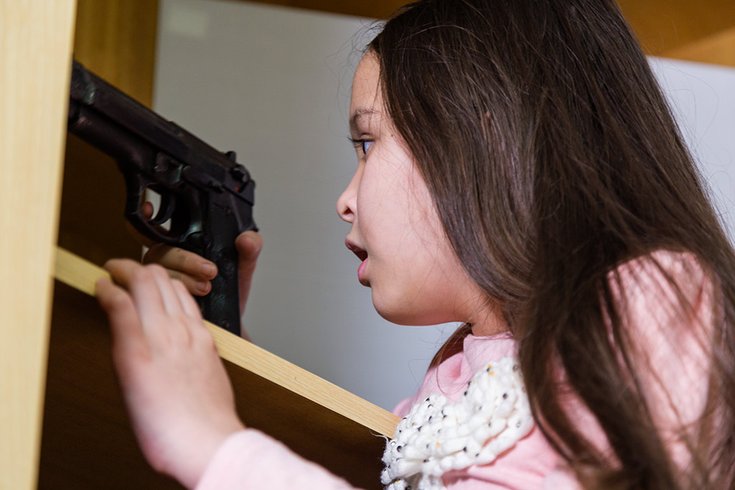 The safest home for a child is one without guns. But about a third of U.S. homes with children have guns in them and there are millions of responsible gun owners in America, many of them parents. But it is paramount to understand how to keep our kids safe with guns in the home and prevent them from being the victims of gun violence.

The United States has the highest rate of pediatric gun-related mortality of any industrialized country in the world.

Firearms are the second-leading cause of death for children and teens in America. About 60 percent of those deaths are homicides. Another 36 percent of those deaths are suicides – a rate which has grown nearly 80 percent in the last decade. Between 2013 and 2018, more than 250 school shootings occurred on the grounds of an elementary, middle, or high school, resulting in 109 deaths and 219 injuries. Even children who just witness gun violence are gravely affected both mentally and physically.

MORE PARENTING: How to help a bullied child

Simply put, gun violence is a huge problem for the children of America.

Growing up in South Jersey, most of my knowledge of firearms came from the local news reports on gun violence and tragedies in nearby cities. Guns seemed stupid and dangerous and I was totally opposed to them. Fast forward to marrying a man from Montana; my views on guns have changed.

I am still a proponent of common-sense gun laws like universal background checks and a ban on assault weapons, but I have come to learn and appreciate the sport of shooting. When we lived in Wisconsin, my husband and I belonged to a hunt club where I enjoyed target practice and skeet shooting. It was important to me that I learned how to operate the shotguns and handguns safely because I was always conscious that I was in possession of a potentially deadly weapon. I take the obligation of being a gun owner and sportsman seriously both for my own safety and for those around me.

That responsibility has compounded innumerably now that I am a parent.

The AAP says that the safest home for a child is one without guns. It is hard to argue with that common sense. But about a third of the homes in America with children have guns in them and millions of responsible gun owners in America are also parents, like my husband and me. To that end, it is paramount to understand how to keep our kids safe with guns in the home and prevent them from becoming the victims of – or exposed to – gun violence.

Each year in the United States, more than 250 kids age 17 and under get access to a gun and unintentionally shoot themselves or someone else. It is estimated that in America, 4.6 million children live in homes with at least one gun that is loaded and unlocked and about 40 percent of adolescents in gun-owning homes report having easy access to the firearms in their house. Whether in a home or a vehicle, every firearm should be unloaded and locked up – with its ammunition locked up in a separate location. Responsible firearm storage practices are shown to reduce the risk of gun injuries and deaths among children and teens.

Even if you educate your children and tell them never to touch a gun, one study from the AAP showed that, if given the opportunity, most kids will readily handle a gun regardless of how much gun safety education they have received. Keep your guns unloaded and locked up and out of reach of your children or anyone else in your home.

I would never let my son play at a family’s home that I did not deem safe and trustworthy. But I have never thought about asking someone if there are unlocked firearms in their house before a playdate. The AAP encourages parents and guardians to do just that. June 21st is designated ASK (Asking Saves Kids) Day to promote this simple idea.

It may seem like an intrusive or weird question, but as a gun owner I would welcome my friends to ask it of me. I am happy to share our safety practices to ensure that our firearms stay out of the hands of our child – and theirs. If you ask someone and are not satisfied with their reply, invite their children to play at your house rather playing at their home.

Whether you decide to introduce firearms to your kids for hunting and target practice or you never want your little ones to be near a gun, it is important to talk to all children about guns. The reality today is that kids are experiencing active shooter drills in school, could be playing at a home of a gun owner, and are seeing and hearing about gun violence regularly. As parents, we need to have discussion with our little ones about guns and open up a dialogue with them so they feel comfortable asking questions and sharing their thoughts.

In elementary school, experts recommend beginning to ask your children if they have any friends who have access to guns or who have ever spoken about guns in their homes. In middle school, start talking to your kids about gun portrayals in media – including in the news, on TV, in video games and through social media. Often, firearms are shown as a cool and exciting way to resolve situations, which is the wrong message for adolescents. In high school, continue to ensure that your kids won’t have access to guns in your home or others by properly storing your own. Keep asking if any of their friend’s homes have guns. High schoolers can act impulsively so do what you can to prevent a firearm suicide or accident from occurring by staying vigilant.

If introducing your kids to shooting, they need to be fully educated about the dangers of firearms and receive professional-grade instruction for hunting or target practice that emphasizes safety.

Be SMART is a program of the Everytown for Gun Safety Support Fund that is designed to be a conversation about guns, kids and safety. SMART stands for safety practices that all parents should understand and employ:

Secure all guns in homes and vehicles.

Ask about unsecured guns in other homes.

Recognize the role of guns in suicide.

Tell your peers to Be SMART.

This campaign offers a lot of resources for gun safety, including how to talk to your kids about guns.

June 7 is National Gun Violence Awareness Day (it is always the first Friday in June). This weekend, there are events across the nation as part of the Wear Orange movement to honor those who have been killed by gun violence and demand a future free from it. On Saturday, June 8, the Philadelphia Wear Orange event at Penn Treaty Park will include activities and speakers at 9:30 a.m. and a march to Liberty Lands Park at 10:30 a.m. You can search the Wear Orange website to discover other events in nearby towns, including Camden, Haddonfield, Downingtown and Wilmington.

There is a much larger conversation to be had about guns in America but my focus here is about keeping our children safe from gun violence and tragedy. Many of us have differing views on the Second Amendment and the gun violence problem in America. But I believe that we can all agree that children need to be protected from gun violence and should never have access to firearms unless supervised by a responsible parent or instructor.

Every day 78 kids or teens are killed or injured by gun violence. This is unacceptable but it can be changed. Do your part, especially if you are a gun owner, to ensure your children and others can live in a safe environment free from gun violence.

How do you feel about keeping guns in a home with children? If you are a gun owner, what do you do to ensure your firearms are stored safely in your house? Share with me and other parents in the comments section, below, or tweet me at @thePhillyVoice and @KathleenEGagnon.