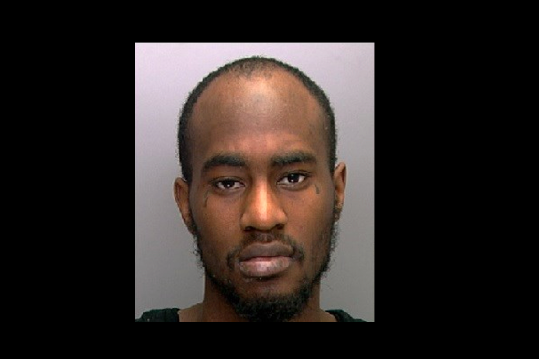 Rafael Jones was formally sentenced to life in prison Wednesday in the fatal shooting of off-duty Officer Moses Walker Jr. in August 2012.

A Philadelphia man was sentenced to life in prison without parole on Wednesday following a murder conviction in the fatal shooting of off-duty police officer Moses Walker Jr. in August 2012.

According to NBC10, Rafael Jones, now 25, was found guilty of pulling the trigger and killing Walker, then 40 and a 19-year veteran of the police force, during an attempted armed robbery in North Philadelphia.

At the time of his death, Walker was walking to the bus stop following an overnight shift.

NBC10 reported that according to police sources, Walker was able to draw his gun but was shot in the chest, stomach and arm. He later died from his injuries.

Co-defendant Chancier McFarland testified that he and Jones were unaware that Walker was a police officer and thought he “looked like a college student and an easy target." The off-duty officer was dressed in shorts and was carrying a backpack.

McFarland, 21, pleaded guilty to third-degree murder and robbery to avoid a life sentence and agreed to testify against Jones.

Jones was on parole at the time of the fatal shooting. Investigators told NBC10 he violated it without consequence in the days prior to the incident, and his parole officer and two supervisors were fired.

A federal lawsuit filed by Walker's family blamed the parole board for his death but was dismissed by a judge. Walker's mother told NBC10 she plans to appeal the decision.