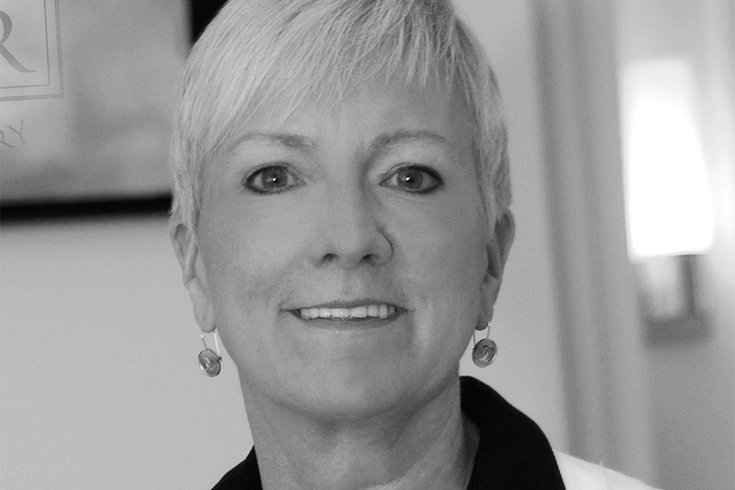 A board-certified plastic surgeon, Dr. Kathy Rumer is helping to launch the new Transgender Fellowship Training Program at Hahnemann University Hospital in Philadelphia, one of only two such programs in the nation. “Our ultimate goal is to welcome patients the moment they recognize what is going on,” she says.

When Dr. Kathy Rumer began working with transgender patients a decade ago, she was a lone wolf, operating at mostly small community hospitals.

“The population was shunned by the medical community," Rumer admitted. "People in remote areas couldn’t even get a primary doctor to treat them.”

Today, Rumer, a board-certified plastic surgeon, is director of the new Transgender Fellowship Training Program at Hahnemann University Hospital, only the second of its kind in the United States, focused on the medical and surgical management of a growing list of transgender patients in Philadelphia.

Within just one year of Rumer coming on board, Hahnemann performed more than 460 gender-confirming surgeries on patients from Philadelphia and around the world. With patients coming from as far as Australia, Poland and Iceland, Rumer is confident that the new program, the only such medical program being offered in the region, will attract even more attention globally.

The new one-year fellowships, which officially kick off in July 2018, will provide qualified medical candidates with extensive education and training to become skilled transgender surgeons. Each of the fellows (the first year will start with one and grow from there) will be trained on the principles of transgender surgery and health, and will be hands-on with all major reconstructive cases at the hospital from pre- to post-operative care.

Given the volume of transgender patients that Hahnemann now treats, Rumer anticipates that the program will only grow exponentially, and in a way that ensures quality care for patients who have lacked it for far too long.

The World Health Organization (WHO) estimates that transgender people have shockingly low rates of access to healthcare due to a range of issues like discrimination, economic and legal barriers. This is significant if you consider that there are an estimated 25 million transgender people worldwide, accoridng to WHO.

And while a person’s identity is their own sense, whether male, female or neither, many people under the transgender umbrella identify with the gender that is not accurately reflected in their physical selves. Still others may see themselves as a third sex or gender fluid.

As such, the healthcare needs among this population can be complex and highly personalized.

Rumer says most of the patients she’s worked with have found her through word-of-mouth.

“The transgender population has huge internet and social media networking. They talk online and provide referrals,” she explained.

And as more transgender and non-binary people feel comfortable reaching out and seeking help, she anticipates that this new program will ultimately attract even more patients for a range of needed care. For hospitals like Hahnemann, it’s not a matter of finding transgender patients it’s about keeping up with the growing needs of these patients.

“Some people have been waiting for years for surgery. We want to cut down on the pipeline.” – Dr. Kathy Rumer, director of Hahnemann's Transgender Fellowship Training Program

Admittedly, not only has a shift in attitudes made it a bit easier for people to come out as transgender at home and at work compared to even just a decade ago (though many people still report losing their jobs or experiencing workplace harassment simply for being trans or non-binary), health insurance is also catching up with patient needs.

“Insurance coverage is huge,” said Rumer. “All of these surgeries were out of pocket before.”

But in the last two-to-six years most surgeries are now covered as medically needed rather than optionally. Gender surgeries can cost anywhere between $5,000 and $50,000. And when you combine the cost for specific procedures with things like anesthesia and post-surgery treatment, that number can grow exponentially.

With an entire floor now dedicated to transgender health, Hahnemann has provided sensitivity training throughout the hospital.

“The entire hospital staff has been amazing,” said Rumer, who understood from the beginning understood that the program's success was dependent on providing a hospital atmosphere that was welcoming to people who may have not felt comfortable at other institutions. As a result, staff is trained on everything from using the correct pronouns to understanding that each patient ultimately transitions differently.

For the administration, being able to lead the way in transgender health has been an important aspect of the overall mission of being a leading research facility. Rumer said that when she initially pitched the idea for this fellowship it was met with enthusiasm from day one.

“Hahnemann University Hospital prides itself on being a pioneer in medical research and advancement,” says Michael P. Halter, the hospital’s CEO. “Creating a Transgender Fellowship Training Program is the next chapter.”

But because of the complex nature of transgender health in terms of surgical and psychological care, Hahnemann seems to be interested in ensuring that the hospital trains the most capable specialists in the country.

“Our ultimate goal is to welcome patients the moment they recognize what is going on,” beginning both psychological and endocrinological care, Rumer said.

There’s also a big focus on preventative health, which can be challenging for patients who have completed surgeries. Rumer said that for patients who make their transition, like someone who may transition from female to male, following up on breast health isn’t always something they want to focus on. Similarly, male-to-female patients still need to have their prostates examined even though that may be the furthest from their minds.

“They may shun that because they no longer feel like the person they were,” says Rumer. “But it’s essential.” 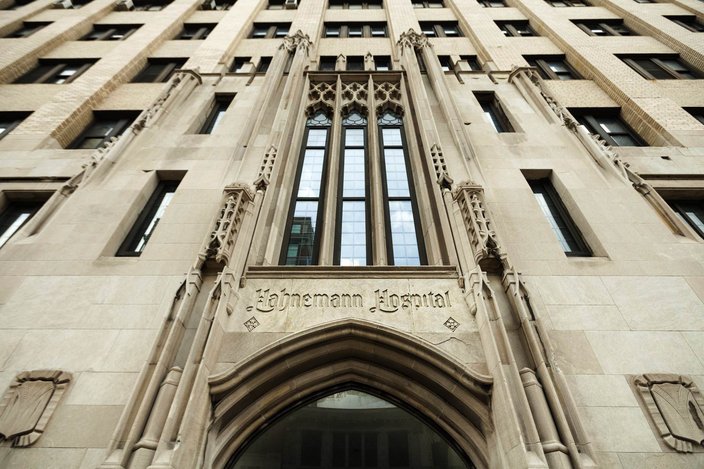 Within just one year of Dr. Kathy Rumer coming on board, Hahnemann has performed more than 460 gender-confirming surgeries on patients from Philadelphia and around the world.

One of the big incentives for introducing a training program of this kind, said Rumer, is to accelerate the ability for patients to access care specific to their needs.

“Some people have been waiting for years for surgery,” she noted. “We want to cut down on the pipeline.”

This could mean someone who has been on a wait list for several years elsewhere may be able to qualify for surgery within three to six months at Hahnemann.

More hospitals and medical facilities seem to be recognizing the urgency, as well. Elsewhere in Philadelphia, the Mazzoni Center offers specialized healthcare for transgender patients, as does Temple University. In fact, Temple introduced an LGBTQIA Wellness Resource Center at the Lewis Katz School of Medicine. In the next few years the focus on transgender health is expected to expand even further with a larger center dedicated to LGBT health. It’s certainly a far cry from when the first gender identity clinic opened at Johns Hopkins in 1965.

“Surgery is not the end of the line, of course,” Rumer said. For a transgender health program to be successful it must, she said, maintain ongoing relationships with patients to ensure they continue to get the best quality healthcare for their evolving needs.

“It’s a life-and-death issue,” she said

According to the National Transgender Discrimination Survey almost half of transgender people say they have tried or considered committing suicide. Many times rates of depression among transgender people spike because they are unable to transition or they simply face such great adversity and violence on a daily basis.

But with more access to healthcare, Rumer hopes more people – whatever their gender identity – will be able to live happy and healthy lives in the bodies they choose.