Handing out 10 awards from the Eagles-Patriots preseason game

The Philadelphia Eagles played a preseason game against the New England Patriots on Thursday night. Can we just end the article here? No? Crap. Alright, as always, win, lose, or draw, we hand out 10 awards.

The Eagles won the coin toss, opted to receive the opening kick, and out trotted... Joe Flacco?!? What the hell? The Eagles explained that Hurts was a late scratch because of a non-COVID-related "illness," even though Hurts warmed up, and didn't look sick.

So, uhhhhhh, that's weird. I have to admit, I couldn't help remember that the Eagles announced that they had made an extremely controversial decision to sign Mike Vick during a preseason game, so I was on high alert for some Deshaun Watson news. Didn't happen, obviously.

Nick Sirianni says Jalen Hurts is doing ok now, but he went to the hospital to get evaluated for his stomach.

2) The 'That's What It'll Look Like If Hurts Goes Down' Award 😬: Joe Flacco

Flacco has had a nice NFL career, and as the telecast showed, he's 19th(!) all time in passing yards. Flacco > Joe Montana, obviously.

Buuuuut, from a pure aesthetic perspective, if Hurts goes down this season, you better have another Sunday afternoon hobby lined up because the Eagles under Flacco are going to be unwatchable.

Prior to kickoff, the Eagles' Secret Society of the No Hands Club met for DeVonta Smith's ceremonial initiation, where Nelson Agholor informed Smith that his membership would not be complete unless he dropped his first two professional targets. 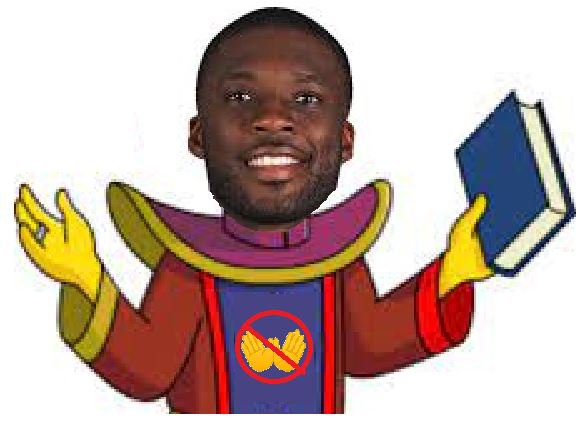 So that's why that happened.

Hell, the third-team defensive line that got pushed around throughout the entire second half of the first preseason game was playing in the first quarter. How did that go? Well...

Poor DE at the top of the screen. Gets obliterates by the RB then finally picks himself up, only to get shoved back by the RT. Also, smart by the RT. I think there’s rules against how aggressive you can be when he’s on the ground but once he gets back up, fair game. pic.twitter.com/HlSIKQixKR

The Pats generally looked bad in joint practices with the Eagles this week, but their starters were finally able to put some points on the board against guys like Matt Leo. Congrats, fellas.

Pats reporters took note that Cam Newton completed a short pass (with some nice yards after the catch) in the general vicinity of K'Von Wallace, who had called Newton a "checkdown king" during practice.

Lol, it was a preseason game, Greg.

After an ugly first half, fans booed the Eagles' third stringers off the field, lol. Things are getting back to normal!

In fairness, Eagles fans rightfully have some pent up booing in them from the 4-11-1 season.

Fulgham didn't play until the second half, alongside other roster bubble receivers like J.J. Arcega-Whiteside and John Hightower. Fulgham has not had a good camp, and he made our "stock down" list on Wednesday. It's interesting that he has gone from starter to mop-up duty in the second preseason game. He may not be a lock to make the roster.

8) The 'You Couldn't Even Give Me a Non-Kicker FG Attempt?' Award 😡: Nick Sirianni

On Tuesday, Jake Elliott was listed as day-to-day with an ankle injury. He was not ready to go for the game tonight. And so, doing warmups, Arryn Siposs was kicking field goals with Zach Ertz as the holder. The Eagles had a FG attempt opportunity in the first half when they had a 4th and 3 (I think it was a 4th and 3, anyway — I'm not looking it up) in the red zone. They went for it. Non-kicker field goal attempts are what the preseason is all about! Cowards.

9) The 'None of This Matters, Buuuuuut' Award 😬: The Eagles' grossness

Yeah, it's a preseason game, and yeah, the Eagles' players that matter played a hell of a lot better during joint practices between these two teams this week, but they still got their asses handed to them, which isn't ideal.

Eh, I could keep going, but whatever.