Aaaaaaand the Eagles' season is over. Well that season kinda sucked, huh? If this were Madden and I were God, I'd do you all a favor and hit the reset button, but I honestly think I'd be doing you a disservice. Anyway, as always, we hand out 10 awards.

Personally, I think Eagles should part ways with Chip Kelly this offseason, and I enumerated the reasons why about a month ago. If Chip survives the offseason, and I believe he will, his seat will be nice and toasty from Day 1.

They were just awful at catching the football, all season long. You can mentally include the running backs below too, if you'd like:

3) The Circus Award: The Eagles' offense

4) The Preseason Champs: Sam Bradford and the Eagles' offense

Remember when Sam Bradford went 10 for 10 against the Packers?

(In Chris Farley voice)... That was awesome.

What was even more amazing than Bradford's play in that game is that somehow the Eagles' receivers caught 10 consecutive passes without a drop.

5) I MEAN, KIRK COUSINS TOOK A FREAKING KNEE AT THE END OF THE FIRST HALF INSTEAD OF KICKING A FIELD GOAL IN WHAT WAS ONE OF THE DUMBEST THINGS I'VE EVER SEEN IN A FOOTBALL GAME! THEY WERE BEGGING THE EAGLES TO TAKE THIS GAME!

Now we get to argue over whether or not the Eagles try to re-sign a mediocre quarterback for $20 million per season for the next three months. Hooray!

Because the Eagles (A) missed the playoffs for the second straight year and (B) have never appeared on HBO's Hard Knocks, if Chip Kelly keeps his job this offseason, the league can force the Eagles to participate in the HBO's sports documentary show Hard Knocks, which covers the personal and professional lives of coaches and players throughout an NFL team's training camp.

Do it, Roger! DOOOOOO IIIIIIIIIIIT!

If the Eagles lose next week, they'll be on the cusp of a top 10 pick in the 2016 NFL Draft. If they win, they could be picking in the late teens. And so, they'll probably blow out the Giants by 50. Because they're stupid.

Poor Sammy Sleeves is trying to get paid this offseason, and he has to make it through one more game without getting hurt. Sammy Sleeves is going to come out dressed in full-body armor next week: 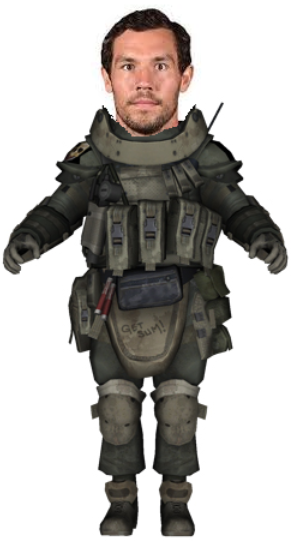 During Chip Kelly's final end-game press conference of the season at Lincoln Financial Field, the lights abruptly went out. In case you missed it:

That would be Bob Ford of the Inquirer quipping, "That's sort of ironic, isn't it?"