Have a drink with Duke & Winston 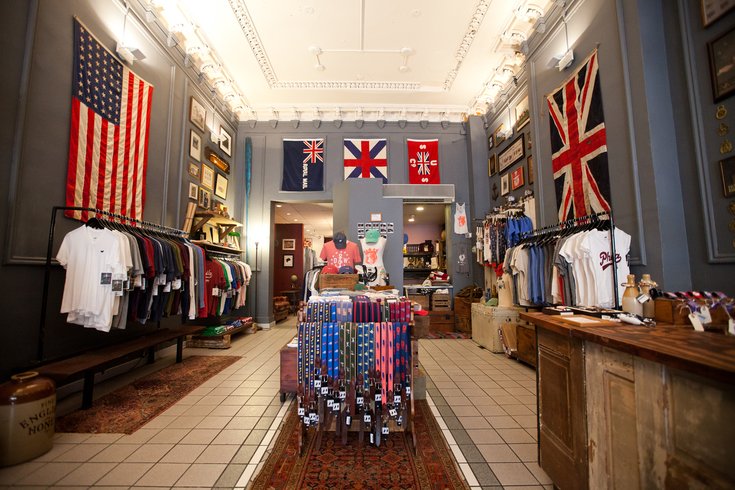 You already know about preppy men's retailer Duke & Winston's mega sale going on all month. Celebrate getting 25 percent off all their merch (including sale items) by having a drink with Victory Brewing on Thursday.

That's right, Duke & Winston is holding a special happy hour with complimentary beer from the Downingtown brewery. To mark the collaboration, the store will be giving away D&W x Victory Brewing beer glasses.

Duke & Winston first collaborated with Victory when they made these stylish T-shirts, available for purchase online.

So, who is Duke & Winston, exactly? The brand was founded as Seun Olubodun in 2009 and named after his English bulldog, The Duke, and Olubodun's childhood hero Winston Churchill. They opened their flagship store in Center City in May 2014.