How a local bookstore's survival illustrates a larger trend in publishing 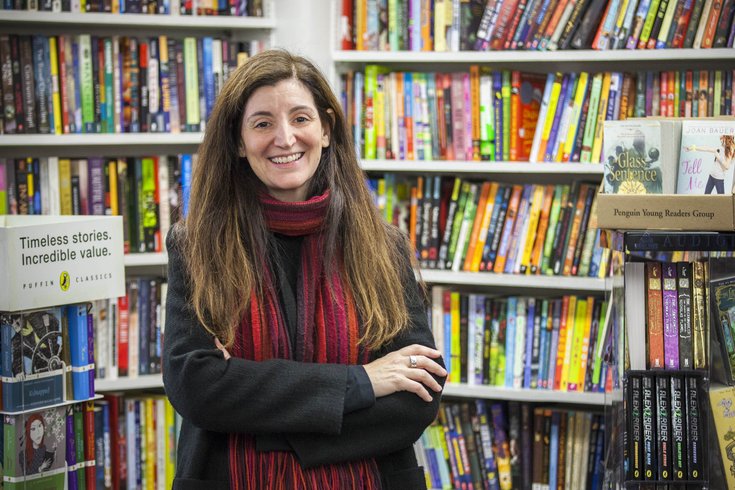 “Slowly, Borders moved in 2 miles to the east, Barnes & Noble moved in to the west, and a mile beyond that a second Borders moved in, a Zany Brainy moved in and, in a seven-year period, because of all that and Amazon, all of the independent bookstores closed," Hebert told PhillyVoice. "We were -- knock on wood -- the last people standing."

And, intriguingly, they still are.

Children's Book World is a modest 1,200-square-foot storefront at 17 Haverford Station Road, opened by Hebert's mother, Hannah Schwartz, a former Lower Merion English teacher, 26 years ago. Hebert joined 11 years ago when eminent domain troubles closed her own craft supplies store and has loved working with kids too much to leave.

"It's the best job in the world," Hebert said. "I get to talk to kids about books all the time."

But what's remarkable about the store is that it's endured despite being part of a tumultuous print books industry that's done nothing but yo-yo since e-book sales spiked in 2010. Borders closed in 2011 and print books took a major hit in 2012, before rebounding with retail-based sales increases in 2013 and 2014, according to Nielsen BookScan. The number of independent bookstores, meanwhile, halved in the past 20 years and now totals about 2,000 nationwide.

So, how is it that a tiny children's bookstore managed to survive what, in the larger context of publishing, feels like nuclear war between brick-and-mortar book merchants and online retailers like Amazon?

Chalk it up to kids and their parents, who aren't about to surrender the experience of glossy pages, pop-up books and reading in the aisles of bookstores in favor of a high-def tablet screen.

“Children’s books is the only category that’s showing a market increase in [print] sales," Kathleen Volk Miller, director of the Drexel Publishing Group, told PhillyVoice. "Self-help has always been in the lead, and children’s books are in the lead right now.

"Even among digital-native kids, who have grown up on screens, fewer than 25 percent of them prefer e-books for pleasure reading."

Indeed, children's book sales are up 12.6 percent in the United States between January 2014 and September 2015, according to Nielsen. Print sales of children's books in the U.S. have risen 40 percent while the adult fiction and nonfiction book categories sink; Barnes & Noble, despite its financial woes, accounts for more of those juvenile print sales than Amazon. 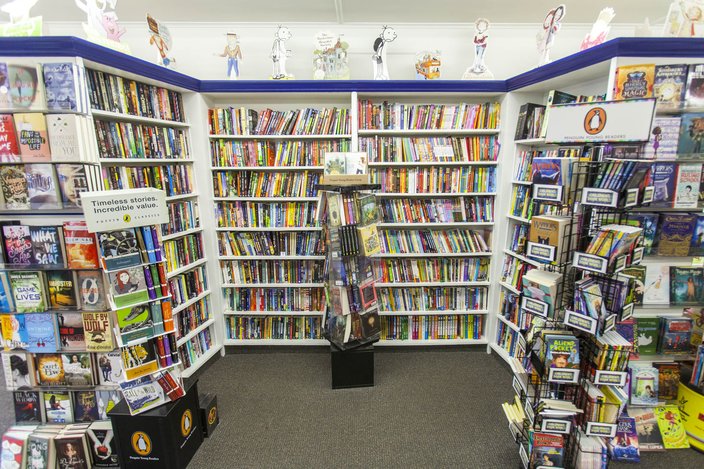 Children's Book World has carried an estimated 250,000+ titles in the 26 years since it opened and currently stocks 50,000 titles. (Thom Carroll / PhillyVoice)

“That’s heartening because that means reading is experiential from the beginning," Miller added. "We take a trip to Barnes & Noble, pick up and look through our book. It makes the whole experience richer than clicking on something online."

Kris Aldridge, a longtime shopper at Children's Book World who has four young kids, told PhillyVoice the shop is a standout from both Barnes & Noble and Amazon because its employees are knowledgeable about their book offerings in a way that scratches deeper than product descriptions.

"They don’t just know about a plot summary, they know how they make the reader feel and the nuances of life they will uncover," Aldridge said. "They know that one of my children might be ready for these feelings, but another might not, regardless of age.

"Children's Book World is truly intimate, and if anyone thinks they can get this kind of relationship from an e-book seller, then good luck."

Hebert credited supportive nearby school systems and a community of parents invested in their children's reading interests as primary reasons the store has managed its sustained success. And that's not just with selling books, but with attracting publishers who bring famous authors like Julianne Moore, J.K. Rowling and Chelsea Clinton by the shop for readings and signings.

She's not shy, however, about acknowledging the uphill battle bookstores like hers face in an industry where Amazon is gobbling up market share, putting publishers at their mercy. It's hardly all rainbows and sunshine.

“Our biggest challenge right now is Amazon, and I’m not going to sugarcoat it: They don't play fair," Hebert said. "They’re hurting authors, which, in turn, hurts publishers, and, in turn, hurts the bookstore. It’s a vicious cycle, and it’s gotten to the point where publishers, while they need them, they’re not doing right by them, and it’s very difficult for authors to make a living because of it."

Hebert: Our biggest challenge right now is Amazon, and I’m not going to sugarcoat it: They don't play fair. They’re hurting authors, which, in turn, hurts publishers, and, in turn, hurts the bookstore.

Local children's book illustrator and author Greg Pizzoli told PhillyVoice he feels better served by bookstores like Children's Book World, which don't just carry his books, but know them and build a community around them.

"Children's bookstores and, in particular, independently owned and operated children's bookstores like Children's Book World, are vitally important to what I do," Pizzoli said. "They put my books in the hands of readers who might not otherwise find them; I think Amazon is fine for batteries, speaker cables, whatever, but for books, I don't use Amazon. I like having bookstores in my community, and I like having a knowledgeable bookstore owner or employee who can help me find what I'm looking for.

"Amazon can't do that for me, because Amazon doesn't read -- they sell."

Hebert explained that events for kids and parents -- like an event with author Rick Riordan the store held at Haverford College earlier this year, or an intimate gathering at the store with local authors -- are a big part of how Children's Book World connects with readers. Through that work, the shop is able to shed light on authors who'd otherwise go unknown.

"We get more worried year after year that new authors will not have the chance to have the exposure because of Amazon, and that’s a worry because, you know, some of the books we love today are from authors nobody heard of five years ago," she remarked. "Amazon is not opening a kids warehouse and inviting people in for a signing with [children's author] Rick Riordan.”

Ultimately, Children's Book World has survived as a keeper of books that are uniquely tactile -- ones that pop out, are oddly shaped, serve up spectacle with their colors and designs and are best enjoyed in social settings instead of online. All the same, Hebert said, it's the smaller moments of joy as a bookseller that keep her invested -- and that, for the foreseeable future, will keep her in Haverford as a continued resource for kids just tapping into the thrilling escapism of reading.

"We see little kids in our store just paging through the picture books and not even looking up," she said. "You see the whole world going on around them, and they’re there in that story.”