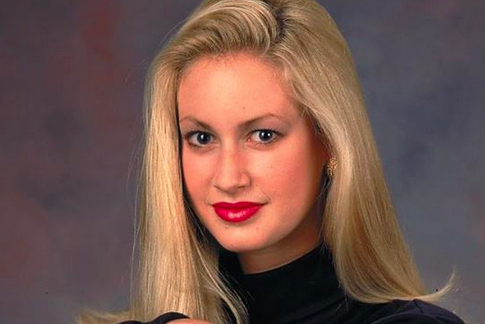 Marc Henry Johnson, 52, was arrested last May along with Greenwich Village drug dealer James "Pepsi" Holder after the two reportedly left Cerveny to die in the doorway of Holder's apartment complex. Johnson and Cerveny, friends since 2009, had spent the night out on New York's Lower East Side before arriving at Holder's apartment for more cocaine during the early morning hours of Oct. 4, 2015.

Hours after the pair arrived at the apartment on West 16th Street, surveillance footage showed Johnson and Holder dragging Cerveny's unconscious body to the doorway, where they reportedly left her with her panties in a purse. Prosecutors said Holder left the scene and Johnson anonymously called 911.

An autopsy revealed that Cerveny, 38, died of acute cocaine and alcohol intoxication.

Johnson pleaded guilty in March to acting as an accessory to the fact to the offense of maintaining a drug-involved premises. He was sentenced Tuesday to one year and one day in federal prison, with the ability to leave after 10 months if he qualifies for good behavior.

Cerveny, a married mother of three, was a graduate of Washington Township High School and was once crowned America's Junior Miss in 1995.

At the time of her death, Cerveny had been chief of dermatology at Brooklyn Hospital Center and an assistant professor of clinical dermatology at Weill Cornell Medical College.

Johnson's attorney, Louis Freeman, had requested no prison time for his client. He claimed Johnson's arrest damaged his career by causing the cancellation of several projects in the pipeline, according to The Associated Press. Freeman said Johnson has cleaned up and argued that prison time would prevent him from continuing work on "The Deuce," a David Simon project starring James Franco and Maggie Gyllenhaal.