Heckled in church? For New Found Glory, that was a first

The band, on its 20th-anniversary tour, will be at Union Transfer twice this week 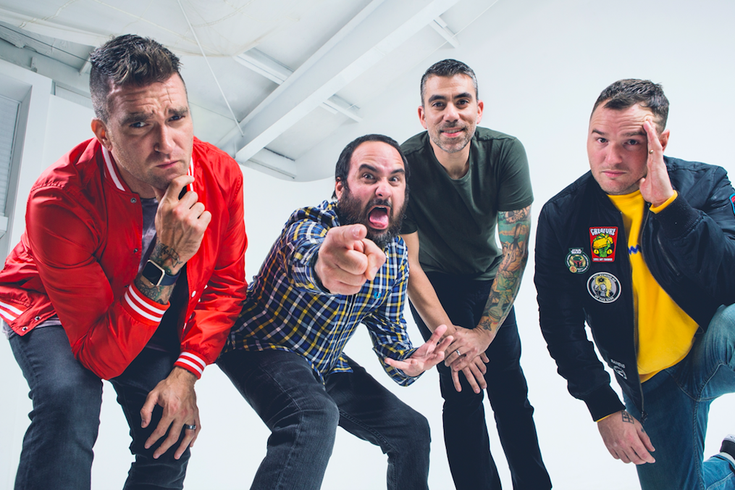 Count on the band to play plenty from 2002’s “Sticks and Stones” and 2004’s “Catalyst” when New Found Glory performs Thursday and Friday at Union Transfer.

Is nothing sacred? Philadelphia is synonymous with rough crowds. But heckling in a church sets a new standard. When New Found Glory performed at the First Unitarian Church in 1999, a fan was riding the band hard throughout their set.

“I never experienced anything like it before or after,” New Found Glory guitarist Chad Gilbert said.

“We were playing a show with Piebald and this kid was heckling us the entire time. He was hazing us hard. But the weird thing is that he sang along with every song. He was testing us to see if we were cool about it or if we were babies. We didn’t let that bother us.”

If New Found Glory had thin skin, there is no way the act would be on its 20th-anniversary tour.

“We rise above everything,” Gilbert said while calling from his Franklin, Tenn. home.

“We’ve had our ups and downs. We’ve faced worse than getting heckled. We’re survivors and the really big thing is that we’re happy in this band.”

Count on the band to play plenty from 2002’s “Sticks and Stones” and 2004’s “Catalyst” when New Found Glory performs Thursday and Friday (March 23 and 24) at Union Transfer. The group will also toss in a few new songs as well.

It’s all about New Found Glory for the quartet.

Gilbert, vocalist Jordan Pundik, bassist Ian Grushka and drummer Cyrus Bolooki have been part of the pop-punk group since its inception. 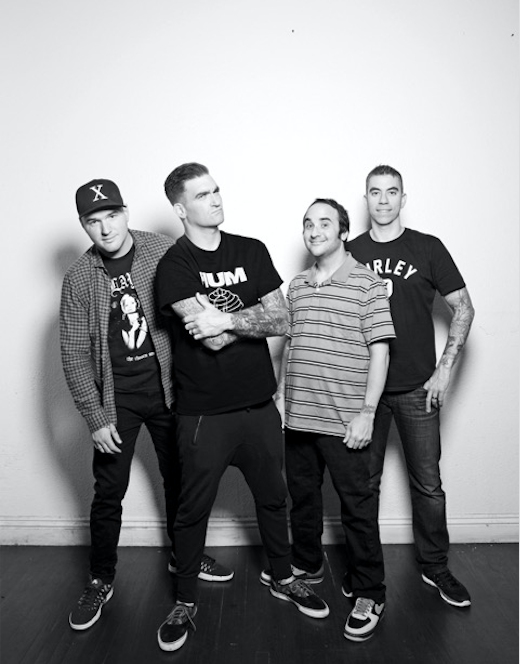 “This group is priority for each of us,” Gilbert said.

“A lot of guys who are in bands have a different agenda. They see their band as a stepping stone. And then there are those people in bands who don’t get it. They see being in a band as a fairytale. They don’t realize how hard it is to make music and keep it together.”

“It’s not easy to do anything for that long,” Gilbert said.

“We appreciate the fact that we’ve kept it going and continue to make music. Most bands don’t stick around for 20 years. We’re fortunate. We’re all good friends and we have plenty of songs to draw from.”

“Makes Me Sick,” the forthcoming album from New Found Glory, will drop in late April.

“It sounds like Donald Trump inspired these songs, but there is a lot more than him that makes us sick,” Gilbert cracked.

The group went bare bones with its last album, 2014’s “Resurrection,” which is a straightforward guitar, bass and drums affair. “Makes Me Sick” includes some keyboards and considerably more melody.

“When we were writing these songs, we asked ourselves how we could take our music to another place,” Gilbert said.

“We decided to move away from the stripped down approach from the last album and we wanted to add something. We challenged ourselves, which is always healthy.”

However, lyrically, the band gives the same in-your-face approach.

I don’t think we’ve ever been more vulnerable from a lyrical standpoint. We want to air it out completely.”

“One thing that never changes with us is that we’re hell-bent on finding the truth lyrically,” Gilbert said.

“We’re all about honesty. We believe that’s such an important element in songwriting. I don’t think we’ve ever been more vulnerable from a lyrical standpoint. We want to air it out completely.”

With 20-years under their belt, New Found Glory plans to keep it going.

“I feel like we’re just hitting our stride now. We hope to do this for many more years.”

For more information on Thursday and Friday's shows, click here.