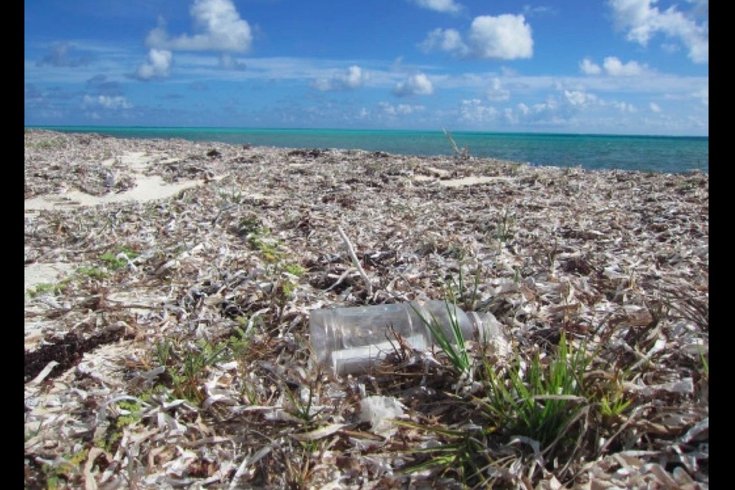 On an uninhabited island in the Caribbean, someone stumbled upon a message in a bottle that was apparently sent by a Philadelphia man. Now, the finder wants to end his two-year search for the person who dropped the bottle into the ocean through social media and the internet.

Once upon a time, receiving a response after scrawling a note on a piece of paper, sealing it in a glass bottle and shipping it off to sea was pretty rare. But in today's digital world, the odds are slightly better.

One reason for that is Message In A Bottle Hunter, a blog created by Clint Buffington. Since 2007, Buffington has developed a passion for finding messages in bottles and meeting the people who sent them.

Last month, he was featured on Vox for a heartwarming story about how he linked up with a couple who sent a message and a piece of wedding cake in a bottle on their one-year anniversary.

Buffington wrote that he enjoys "making friends with the person on the other end of their bottle," which is why his search for a Philly man has resumed.

The post "Seeking Ray from Philadelphia!" was originally published on June 2, 2016, but the mystery hasn't been solved yet. This week, a curious visitor stirred the comment section to see if there were any updates. Now, the search for "Ray" is the featured story on the blog.

The message, written on a piece of paper with a Carnival watermark, was held in a Gatorade bottle and was found on May 17, 2015 in the Caribbean. Unfortunately, plastic breaks down in the ocean so the message was barely legible. Eventually, he determined that the letter was dated May 16, 2014. Here's what the message partially reads:

However, the phone number didn't work. So help is needed.

So if you know someone named Ray who went on a Carnival cruise in May 2014 while living in Philly, reach out here:

Also, kindly tell Ray to refrain from throwing plastic bottles in the ocean. It's bad for the environment.