Here are the 2018 commencement speakers at Philly-area colleges 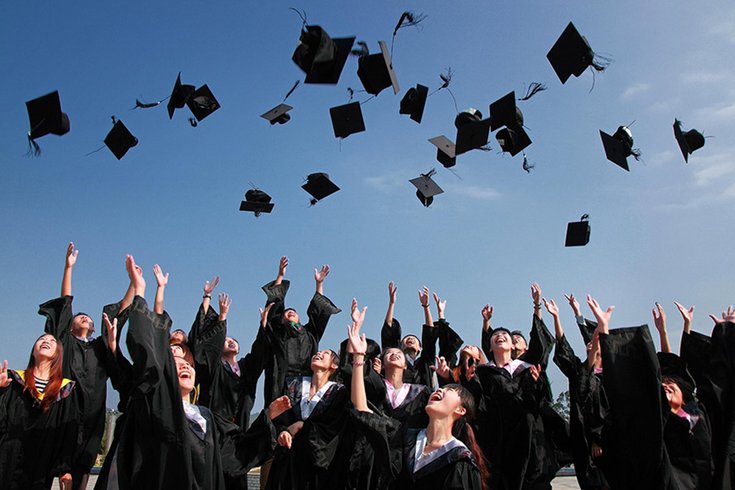 Here are the men and women who will deliver commencement addresses to graduates – and receive honorary degrees – at Philadelphia-area colleges and universities this spring, presented in no particular order. PhillyVoice will be adding to this list as colleges make additional announcements:

Habibah Sulayman Smith, ’04, of Drexel Hill, a project specialist for the U.S. Department of Health and Human Services’ Runaway and Homeless Youth Program, will address graduates. She is an author, inspirational speaker and life coach who has served more than 17 years in the social service field working to better the lives of women and children.

Andres Widmer, clinical professor of entrepreneurship at Catholic University of America, will give the Concursus address to graduates. He will receive an honorary doctorate of humane letters degree. Concursus is the Seminary’s annual graduation ceremony where academic degrees are awarded to seminarians as well as religious and lay students enrolled in its college and graduate degree programs.

Robert F. Moran, '72 VSB, a Villanova alumnus and chairman of the board of GNC Holdings Inc., will deliver the commencement address and receive an honorary doctor of commercial science degree.

U.S. Sen. Cory Booker, the first African-American senator from his native New Jersey, will address the Class of 2018 and receive an honorary degree.

Hazim Hardeman, a Rhodes Scholar and Community College of Philadelphia alumnus, will serve as the 2018 commencement speaker. Hazim hails from North Philadelphia and made history for both CCP and Temple University when he became the first Rhodes Scholar for each institution.

Anita Hill, a national figure in the fight against sexual harassment, will deliver the keynote address and receive an honorary doctor of laws degree.

Michael A. Smerconish, the host of CNN’s “Smerconish” program and "The Michael Smerconish Program" on SiriusXM Channel 124, newspaper columnist and author, will deliver the commencement address.

UNIVERSITY OF THE ARTS

Kevin Beggs, chairman of the Lionsgate Television Group, creators of AMC’s “Mad Men” and Netflix’s “Orange is the New Black,” and a member of the Broadcasting & Cable Hall of Fame.

Lorna Simpson, acclaimed visual artist whose signature style is "photo-text,” in which graphic text is inserted into studio-like portraiture to bring new conceptual meaning into the work.

Both will serve as commencement speakers and receive honorary doctor of fine arts degrees.

Prince Albert II of Monaco will address undergraduates at the first-ever combined commencement for Jefferson, formed by the merger of Philadelphia University and Thomas Jefferson University in July 2017. The prince's mother, actress Grace Kelly, grew up in East Falls just blocks from the university.

Both will receive honorary doctor of humane letters degrees.

Sylvia DiBona, a 2000 graduate of the School of Graduate Studies, will serve as commencement speaker and received an honorary doctoral degree. She has been chairman of the board of Fred’s Footsteps, a public charity founded in the memory of her late husband, G. Fred DiBona Jr., since 2005.

Dominick J. DiJulia, a 1967 graduate, vice president of athletics and athletics director at Saint Joseph’s, will be the undergraduate commencement speaker. He will be awarded an honorary doctor of humane letters degree.

Judith A. Spires, CEO and chair of the board for Kings Food Markets Inc., will give the graduate commencement address and receive an honorary doctor of humane letters degree.

Sister Helen Cole, SSJ, director and founder of Guadalupe Family Services in Camden, will be awarded an honorary doctor of humane letters degree.

Roald Hoffman, an American theoretical chemist who won the 1981 Nobel Prize in chemistry, is the 2018 commencement speaker. He will receive an honorary degree.

Shaundra Cunningham, an ordained Baptist minister who received her master’s degree in divinity from Harvard Divinity School, is the 2018 baccalaureate speaker. She will receive an honorary degree.

Dr. Christopher A. Hall, faculty emeritus at Eastern University and president of Renovaré USA, a Christian nonprofit organization, will deliver the commencement address.

Lynn Nottage, Pulitzer Prize-winning playwright and screenwriter, is commencement speaker and will receive an honorary degree.

The Rev. Robert L. Johnson, a 1991 graduate and pastor of Tindley Temple United Methodist Church in Philadelphia, is baccalaureate speaker.

Receiving honorary degrees will be Pennsylvania Physician General Rachel Levine, one of the few transgender public officials in the nation; Charles Lieber ’81, P '14, the Joshua and Beth Friedman University Professor for the Department of Chemistry and Chemical Biology at Harvard University; and Nicole Hurd, founder and chief executive officer of the College Advising Corps.