Here's what Al Pacino will look like playing Joe Paterno

HBO has given a sneak peek at what Al Pacino will look like as Joe Paterno in the upcoming movie about the Jerry Sandusky sex abuse scandal.

On Sunday, the network posted a photo of Pacino wearing Paterno's iconic shirt and tie, Penn State gear and big glasses while sporting his gray hair. 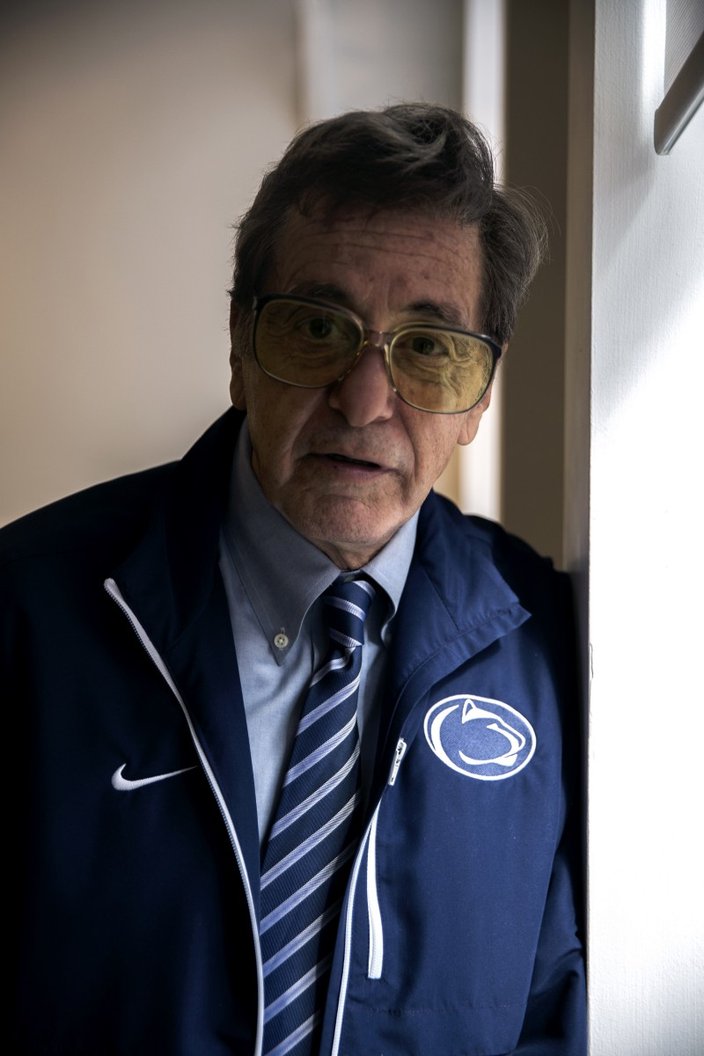 This photo shows Al Pacino as Joe Paterno for the upcoming HBO film about the Penn State sex abuse scandal.

The release also gave a brief description of the film:

UNTITLED BARRY LEVINSON PROJECT: Starring Al Pacino, and directed by Barry Levinson, the film centers on Joe Paterno, who, after becoming the winningest coach in college football history, is embroiled in Penn State’s Jerry Sandusky sexual abuse scandal, challenging his legacy and forcing him to face questions of institutional failure regarding the victims.

It was first reported in June that Pacino would star as Paterno in the untitled film, which is currently in production and doesn't yet have a release date.

Paterno was the winningest coach in college football history when he died in 2012, but he passed away shortly after being fired because of the scandal, in which his longtime assistant coach Sandusky sexually abused young boys and was sentenced to 30 years in prison.