The "S.T.EYE" condoms change color when they detect the presence of bacteria associated with STIs 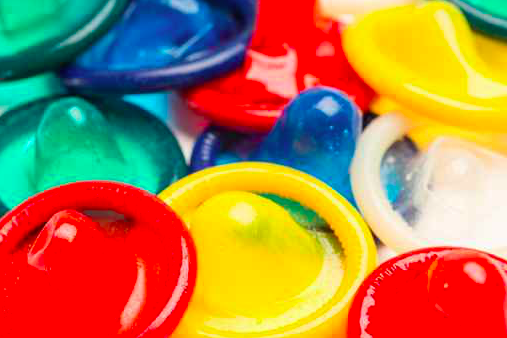 The "S.T.EYE" condoms secured the top prize in the health category of the U.K.'s TeenTech Awards

The risks of sexual activity among teens can be difficult to communicate, but with about one-third of high school-aged teens reporting that they are sexually active, the goal to provide information about safe practices and contraception has become an increasingly urgent public health objective.

According to ThinkProgress, three high school students in the United Kingdom have made their own contribution to help prevent the spread of sexually transmitted infections by inventing a color-coded condom that detects bacteria associated with common STIs.

Called "S.T.EYE," the condom was created by 14-year-old Daanyaal Ali, 13-year-old Muaz Nawaz, and 14-year-old Chirag Shah of Isaac Newton Academy in Iflord, Essex. When "S.T.EYE" condoms come into contact with the bacteria present in herpes, for example, they turn yellow. When they detect chlamydia, they turn green. For syphilis, they turn blue, and so forth.

“We created the S.T.EYE as a new way for STI detection to help the future of the next generation,” Daanyaal told The Independent. “We wanted to make something that make detecting harmful STIs safer than ever before, so that people can take immediate action in the privacy of their own homes without the invasive procedures at the doctors. We’ve made sure we’re able to give peace of mind to users and make sure people can be even more responsible than ever before.”

Recent studies have found that 20 percent of teen females and 14 percent of teen males report not using a condom during their first intercourse, a figure that the CDC, the National Institutes of Health, and other public health organizations would like to see drop alongside declines in teen pregnancy, birth and abortions.

The U.K. trio received a grant totaling more than $1,500 and a trip to Buckingham Palace for the TeenTech Awards, which gives students an opportunity to engage with the contemporary STEM workplace.

While "S.T.EYE" condoms remain in the development stage, their arrival may herald a shift in thinking that places more trust in teens to confront the possible consequences of unprotected sex and embrace greater safety. Other recent initiatives to encourage condom use among teens include Project Elevate, which offers support for women of color between 13 and 24, and the Lust for Life Campaign, a street art collaboration to endorse safe sex.