At each weekly competition, guests will receive samples of the sandwiches, house-made sides and a bucket of beers 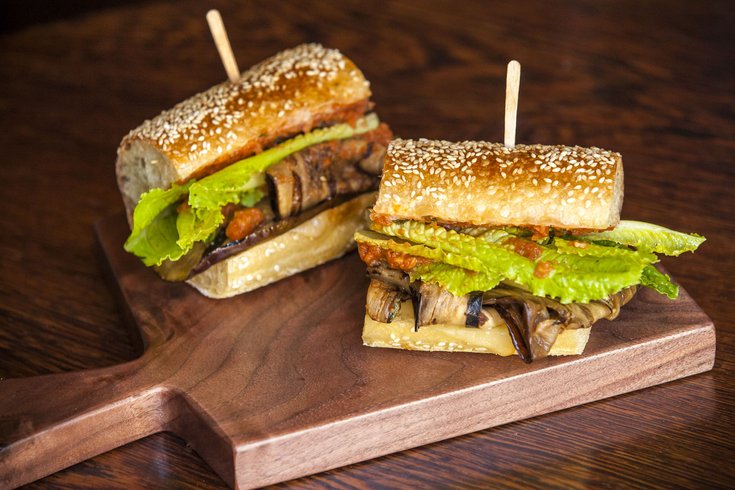 The grilled eggplant sandwich from High Street on Market.

Old City's restaurant High Street on Market is pitting chefs against one another during the new, month-long Sandwich Battle.

RELATED: Portion of proceeds from King of Prussia Restaurant Week will go to CHOP | Enjoy wine with pizza and doughnuts at Chaddsford Winery

Three chefs/local personalities will go head-to-head each week, tasked with creating a sandwich using a secret mystery ingredient and one of High Street's award-winning breads.

"Sandwich Battle will be a mashup between two of my favorite TV shows and events: 'Chopped' on The Food Network and of course the NCAA tournament," said Andrew Farley, chef at High Street.

"Each chef will be allowed to enter the kitchen with a recipe in mind, but the challenge will be incorporating the secret ingredient...creativity should be at an all-time high."

For each weekly battle, doors will open at 6:30 p.m. and the event will be held from 7 to 9 p.m. Tickets are $25. Guests will receive samples of the sandwiches, house-made sides and a bucket of beers from a rotating local brewery. There will also be an afterparty each week with light bites and a cash bar.