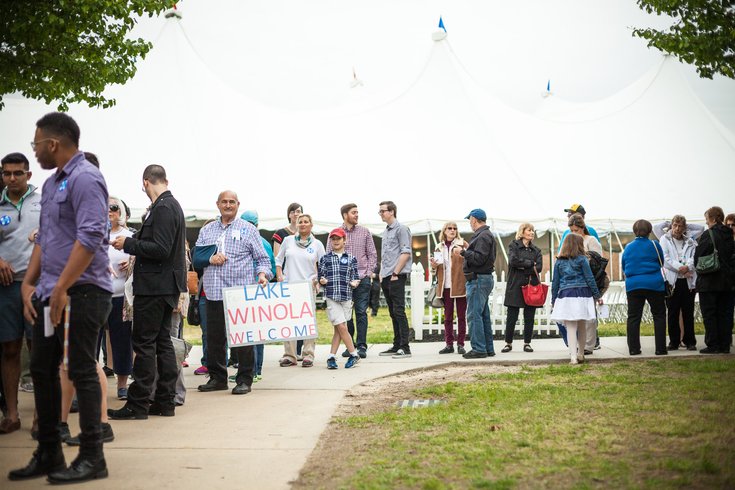 C. Scott (with sign) waits in line to enter the gymnasium of Camden County College, where Hillary Clinton will speak, Wednesday, May 11, 2016

By mid-morning, plenty of people had lined up behind Turner at Camden County College in Blackwood as the Joseph Papiano Gymnasium was being swept by police dogs. And by the time Clinton began speaking around 1 p.m., the gym was nearly filled.

A nightshift nurse with Inspira Health System in Bridgeton, Turner said that while he believes in Clinton as the best qualified candidate with the most reasonable policy ideas, he is motivated largely by a fear of a Donald Trump presidency. 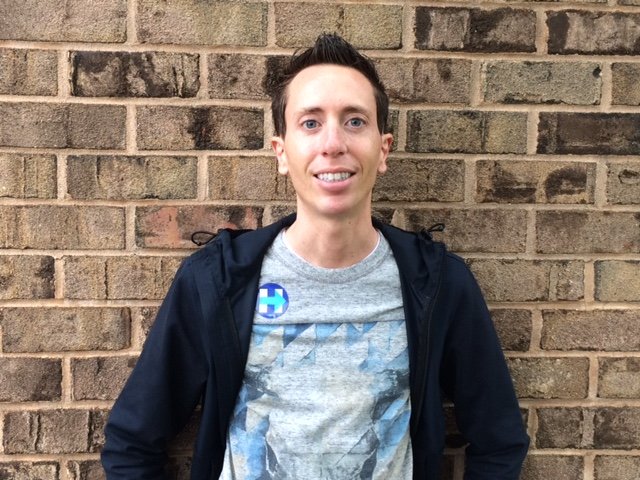 Robert Turner, 32, was first in line to see Hillary Clinton at a campaign rally in Blackwood, New Jersey. He arrived at 6:30 a.m. for the 1 p.m. event.

"Trump is not trustworthy. He really is a loose cannon. He changes what he says and at other times he doubles down on something," said Turner, a Gloucester County resident.

“I believe in all my heart that we are better than the campaign that the presumptive Republican nominee is running," Clinton told supporters inside the gymnasium.

“The choice in this campaign literally could not be clearer.”

Clinton, however, did not completely look past her rival for the nomination, Bernie Sanders. She encouraged those in attendance to help carry her success in nearby states into the New Jersey's June 7 Democratic primary.

"I don’t want to put any pressure on anybody, but we did really well in Pennsylvania and Delaware," she said.

"We had great campaigns in those states. People turned out and voted for the type of positive future we want for each other."

Acknowledging Sanders has "some good ideas," Turner said he prefers the centrist polices promoted by Clinton.

Clinton discussed several of her campaign platforms during the rally, including making incomes rise for all Americans, making debt-free college a reality, and creating millions of new jobs that can not be exported

This story will be updated.