D.A. Seth Williams has said he is 'fully committed' to retrying the case, but there are reasons he may want to avoid a retrial

At a bail hearing set for Tuesday morning, Msgr. William J. Lynn is expected to walk out of court as a free man.

The next move in the legal odyssey will be up to Philadelphia District Attorney Seth Williams.

Four years ago, it was Williams who successfully oversaw the prosecution of Lynn. The monsignor, who served as the Archdiocese of Philadelphia’s secretary for clergy from 1992 to 2004, was convicted by a jury in 2012 on one count of endangering the welfare of a child. The trial judge, M. Teresa Sarmina, subsequently sentenced Lynn to three to six years in prison.

The act of child endangerment involved the transfer of the Rev. Edward V. Avery, a priest with a prior accusation of sex abuse, to a new parish, without any notice to parishioners. Avery subsequently pleaded guilty to deviate sexual intercourse with a former 10-year-old altar boy dubbed “Billy Doe.”

It was a “historic” prosecution, the district attorney proclaimed. Lynn became the first Catholic administrator in the country to be sent to jail in the church’s ongoing sex abuse scandal, not for touching anybody, but for failing to adequately supervise an abusive priest.

But last December, the state Superior Court overturned Lynn’s conviction, and ordered a new trial on the grounds that the trial judge had let in too much prejudicial evidence against the church. Williams appealed to the state Supreme Court. Last week, the state’s highest court denied the district attorney’s petition, clearing the way for Lynn’s freedom.

After Lynn’s expected release, Williams will have to decide whether to retry the case. A spokesman for the district attorney, Cameron Kline, said his “office is currently reviewing the decision” by the state Supreme Court to figure out its next move.

Victims advocates have already weighed in with their opinion.

“The impending freedom of Msgr. William Lynn,” wrote David Clohessy, the national director of SNAP, the Survivors Network of those Abused by Priests, “will no doubt feel like yet another blow to hundreds of wounded Philly-area abuse victims and thousands of betrayed Philly-area Catholics.

“No matter how uphill it might seem, we hope prosecutors seek a new trial,” he wrote.

Clohessy urged the district attorney to “vigorously [pursue] those who act recklessly, callously and deceitfully with kids’ safety.”

There are several reasons, however, why Williams might want to avoid a retrial of Lynn. Despite the reversal of his conviction, the 65-year-old monsignor has already paid the price for the crime he was convicted of, and then some. Lynn has served 33 months of his minimum 36-month sentence, plus 18 months of house arrest. He’s already been granted parole, effective in October.

So even if he is convicted again, legally, Lynn can suffer no further punishment.

There are also some serious problems with the district attorney’s case that might make a retrial risky business. The alleged victim, whose real name is Daniel Gallagher, is a 28-year-old former heroin addict and admitted drug dealer who’s been arrested a half-dozen times for drugs and retail theft, and been in and out of 28 different drug rehabs, hospitals and clinics. Gallagher, whose identity was divulged during a subsequent civil case against the archdiocese, also carries with him a long list of credibility problems.

Gallagher originally claimed that during the 1998-99 and 1999-2000 school years, when he was a 10- and 11-year-old altar boy at St. Jerome’s parish in the Holme Circle section of Northeast Philadelphia, he was raped in three separate attacks by two priests and a Catholic schoolteacher. He gave lurid but wildly varying accounts of his alleged abuse to authorities.

Gallagher initially told two archdiocese social workers that the first priest who attacked him, the Rev. Charles Engelhardt, locked the doors of the sacristy after a 6:30 a.m. Mass, plied the boy with sacramental wine, and then proceeded to anally rape him for five brutal hours. After it was over, Gallagher claimed the priest threatened to kill him if he told anybody about it.

In the third attack, Gallagher told social workers that Bernard Shero, his sixth-grade teacher, had punched him in the face and wrapped a seatbelt around his neck before raping him in the back seat of a car. But when Gallagher was interviewed by police and the grand jury, he dropped from his account the punch in the face, and the seatbelt wrapped around his neck.

Gallagher also gave three different locations for the alleged rape by Shero – in the classroom, in a car parked in a parking lot and in a car in a park in broad daylight. One defense lawyer, Michael J. McGovern, described Gallagher as a “walking, talking personification of reasonable doubt.”

The attacks, if they ever happened, went unnoticed at the time by any school or church official, as well as Gallagher’s father, a Philadelphia police sergeant, Gallagher’s mother, a registered nurse, and Gallagher’s older brother, who was also an altar boy at St. Jerome’s. 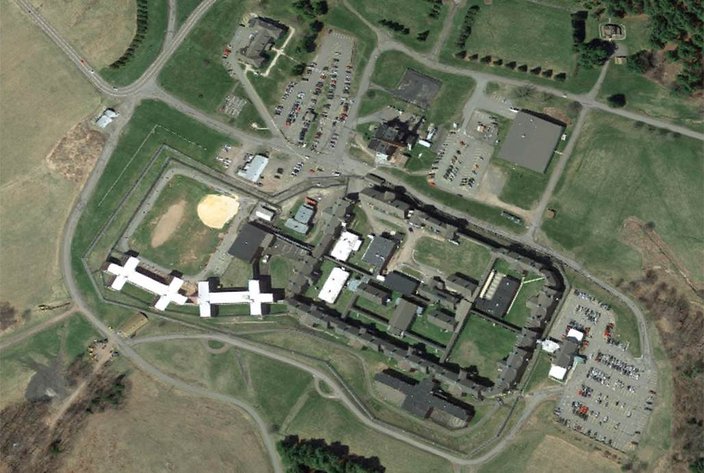 Monsignor William Lynn has served all but three months of his minimum 36-month sentence, plus 18 months of house arrest. He has been granted parole, effective in October. He is incarcerated at the State Correctional Institution – Waymart, in northeast Pennsylvania, above.

There are many people who don’t believe Danny Gallagher.

They include Dr. Stephen Mechanick, a forensic psychiatrist who examined the former altar boy for three hours on Oct. 9, 2015, and wrote a report stating that Gallagher had admitted to Mechanick that he had previously lied to his drug counselors about being an emergency medical technician and a professional surfer. Gallagher, according to Mechanick, also provided “conflicting and unreliable information” about his history of substance abuse, his psychiatric history and medical background.

In his report, Mechanick described Gallagher as “paranoid,” “manipulative and self-serving,” as well as “delusional.”

The state Superior Court ruled the admission of 21 supplemental cases of sex abuse as evidence against Lynn was abuse of discretion. The cases dated back to 1948, before Lynn was born, and took up at least 25 days of the 32-day trial.

Mechanick’s opinions may not be admissible at any retrial of Msgr. Lynn. But a more serious problem for the prosecution is the testimony of the former lead investigator in the case, retired Detective Joseph Walsh.

In a civil deposition on Jan. 29, 2015, the retired detective expressed doubts about the credibility of the alleged victim. In the deposition, Walsh stated that he repeatedly questioned Gallagher about nine factual discrepancies in his story. And Gallagher’s response, according to Walsh, was to sit and say nothing. Or claim he was high on drugs. Or tell a different story.

“Detective Walsh would be a phenomenal witness for the defense,” said Alan J. Tauber, one of Lynn’s defense attorneys at the monsignor’s original trial. About Gallagher, Tauber said, “It’s hard to find a less credible victim of sexual abuse than him. That said, his testimony has already convicted four people.”

But to complicate the plot, Avery, the abusive priest who pleaded guilty, has publicly recanted. On Jan. 17, 2013, Avery testified in court that he never met Gallagher and never touched him. At the time of his plea bargain, Avery testified, he was 69 years old, and if convicted, he faced a prison sentence of more than 20 years.

So, Avery testified, he took a plea bargain of 2½ to 5 years for only one reason: “I did not want to die in prison.”

Shero is still in jail, serving a sentence of 8 to 16 years, but has hired a new appeals lawyer. There can be no further appeals, however, for Engelhardt, who died in prison in November 2014 while the members of his religious order, the Oblates of St. Francis de Sales, were still proclaiming his innocence.

Gallagher’s civil suit against the archdiocese was settled last year, a month before the historic visit of Pope Francis to Philadelphia, according to sources, for $5 million.

If Lynn is retried, Tauber thinks the $5 million civil award would have to be disclosed to a criminal jury.

Although Williams could declare victory and move on, Tauber predicts the district attorney will retry the case.

“I think it was too public a case for him to walk away from,” Tauber said.

In the past, Seth Williams has said about as much. Last December, after Lynn’s conviction was reversed, Williams stated at a press conference that he was “fully committed” to retrying the case.

The bail hearing, set for 10 a.m. Tuesday, will be held before Common Pleas Court Judge Gwendolyn N. Bright at the Criminal Justice Center in Center City. Lynn will be transported from the State Correctional Institute at Waymart, northeast of Scranton, where he used to work as the prison librarian, earning 19 cents an hour.

His conviction was reversed in December 2015, when a panel of three Superior Court judges ruled that the trial court had “abused its discretion” by allowing 21 supplemental cases of sex abuse to be admitted as evidence against Lynn. The prosecution had introduced the supplemental cases to show a pattern of abusive behavior by priests and cover-ups by the archdiocese.

But the 21 supplemental cases dated back to 1948, three years before the 65-year-old Lynn was born, and took up at least 25 days of the 32-day trial. In an appeal brief, Lynn's lawyers argued that the prosecution "introduced these files to put on trial the entire Archdiocese of Philadelphia, hoping to convict [Lynn] by proxy for the sins of the entire church."

The Superior Court judges agreed, ruling that the "probative value" of the supplemental cases "did not outweigh its potential for unfair prejudice.”

So if there is a retrial, the prosecution won’t be able to bring in all those past cases as evidence.

“At least if we have another trial, it will be a fair trial,” said Thomas A. Bergstrom, Lynn’s lawyer.

But as to the issue of whether there will be a retrial, Bergstrom said, “That’s up to the D.A.”