Is hitchBOT coming back to Philly? 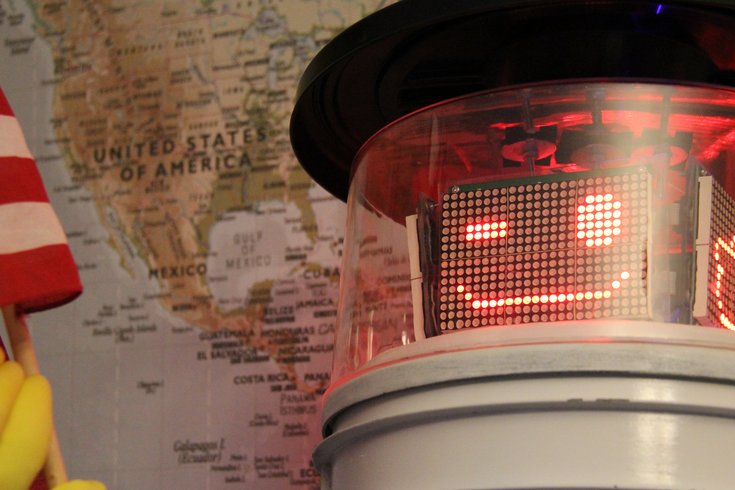 Could hitchBOT be coming back to Philly? The researchers who built the robot say that is a possibility.

You think the security perimeter is going to be bad for the pope? Wait until hitchBOT returns.

HitchBOT may have met its demise last weekend in Philadelphia, but its creators are considering rebuilding the hitchhiking robot and sending it back to the City of Brotherly Love.

The Ryerson University researchers who created hitchBOT announced Wednesday that they are considering several options for the robot's future, including dispatching hitchBOT back to Philadelphia to continue its cross-country journey in 2016.

The robot, part of a social experiment, relied on strangers to transport it from destination to destination. It began its journey July 17 in Marblehead, Massachusetts with aspirations to reach the Exploratorium in San Francisco.

But hitchBOT never made it beyond Philadelphia, where it was destroyed sometime after pranksters Ed Bassmaster and Jesse Wellens picked it up in Old City Friday night. The pranksters admitted Tuesday to releasing fake surveillance footage of the robot's demise, but claimed they did not destroy hitchBOT.

The researchers have said they have no intention to press charges against the individual who destroyed hitchBOT. Without a criminal complaint, Philadelphia police said they are not launching an investigation.

Philadelphia's tech community has pledged to recreate the robot — or construct a similar creation — but hitchBOT's body is on its way back to Canada, the researchers said.

The researchers said they also are considering introducing hitchBOT into schools and allowing students to devise the robot's adventures as it travels from school to school.