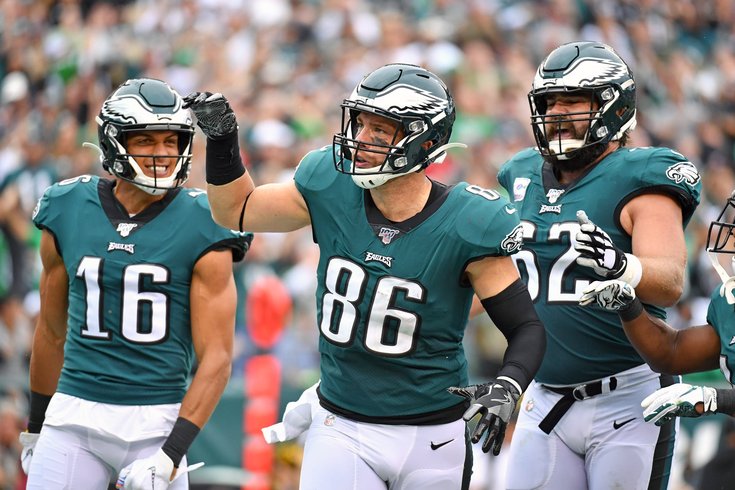 A Halloween costume at H&M looks similar to the Eagles uniform.

October's main event, Halloween, is quickly approaching. As the holiday draws closer, it's time to decide what you're going to dress up as this year.

One place to shop is H&M, which has a women's Halloween collection in stores and online.

This year, there's an option that's perfect for anyone looking to pay homage to the Super Bowl LII champs. One costume looks surprising similar to the Philadelphia Eagles uniform. 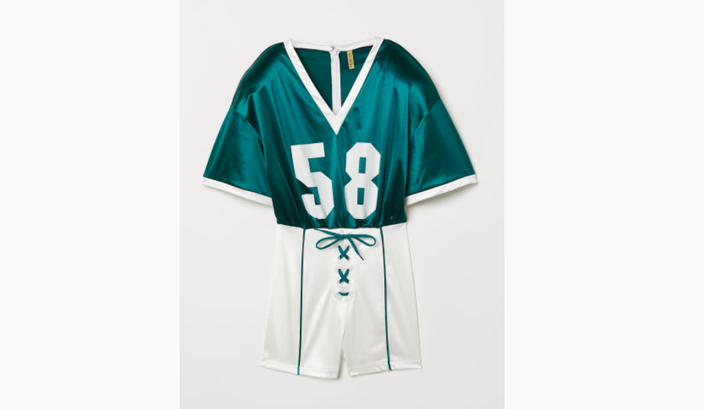 While the color description actually says turquoise, it definitely looks more like midnight green in the photo.

The costume is a romper that's meant to look like a football jersey – complete with shoulder pads – tucked into white pants. It's priced at $39.99 and only available online.

And if you're curious who has worn No. 58 for the team, most notably that would be Trent Cole. The now-retired football defensive end is second on the Eagles' all-time sacks list, behind Reggie White.

More recently, linebacker Jordan Hicks wore 58. The often-injured Hicks was drafted by the Eagles in 2015 and played in Philly until 2018. He now plays for the Arizona Cardinals.

But since it's Halloween, pretend to be whatever Eagles player you want to be.