The Philly-based eatery also plans a new restaurant in Wynnewood 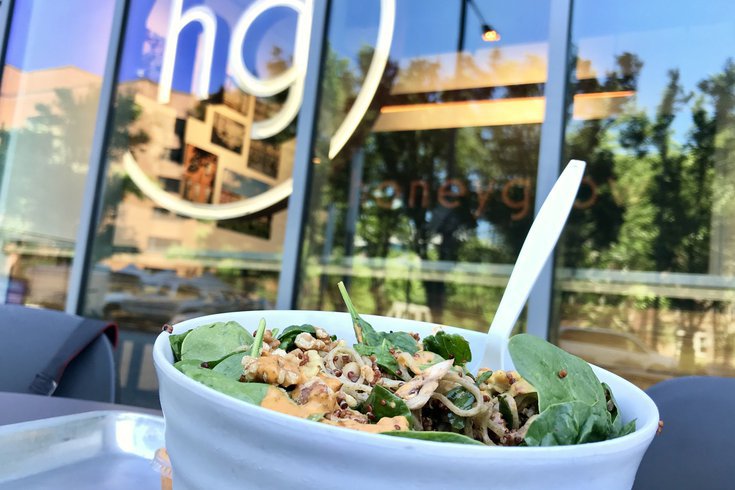 Honeygrow's new location will open this fall at 2423 Aramingo Ave. in the Fishtown Crossing Shopping Center.

Honeygrow fans in Fishtown won't have to go without noodles and stir-fry for too long.

The Philly-based startup has closed the Test Kitchen it had on North Front Street since 2016 in order to move its headquarters into Center City, but the fast-casual concept soon will open another location at the Fishtown Crossing development on Aramingo Ave.

The shopping center debuted a Nifty Fifty's restaurant earlier this year and has undergone a bit of a makeover over the past few years.

A few years ago, Honeygrow decided to scale back its operations outside of Philadelphia, closing three locations in Chicago and a pair in New York City and Washington, D.C.

In addition to the new Fishtown location, the company plans to open another restaurant at Wynnewood Square in Montgomery County.

The two new storefronts, expected to open some time this fall, will bring Honeygrow to 25 total locations.

As for the old Test Kitchen site on North Front Street, CookNSolo will be opening a new Goldie location that doubles as a 7,000-square-foot hospitality and event space called Lilah.