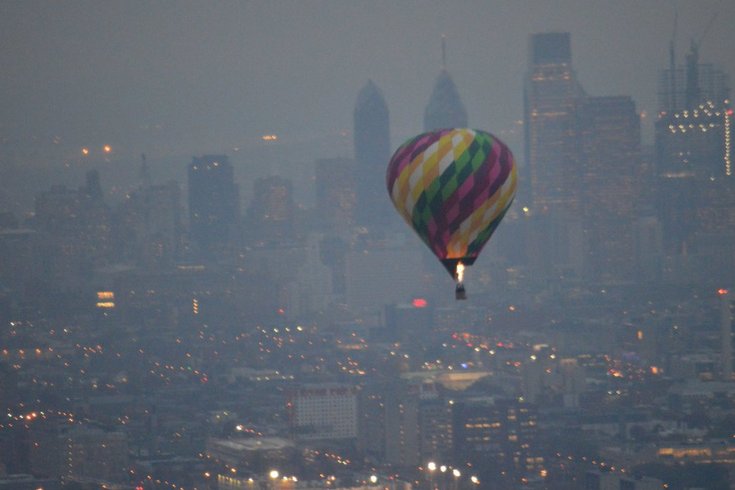 Residents in the Kensington section of Philadelphia had front row seats Wednesday to an unexpected event.

A hot air balloon made an unscheduled landing at McKinley Playground located at D and Westmoreland Streets.

Around 5 p.m., Lieutenant David Bonk of the Philadelphia Police Aviation Unit tweeted out a photo of the hot air balloon sailing across the skies.

However, its flight had already ended when the photo was posted.

6ABC reports that the balloon made an emergency landing around 4:30 p.m. The station caught footage of the incident:

Police said no one was injured in the crash.