Infographic: How many minimum wage hours does it take to escape poverty?

In U.S., it would take 50 hours of work per week to earn more than 50 percent of the median household income.

A new report from by the National Low Income Housing Coalition, "Out of Reach 2015," determined that minimum wage workers in the United States cannot afford rent for a one-bedroom apartment at the Fair Market Rent anywhere in America.

In Pennsylvania, at the federal minimum wage of $7.25, the study found it would take minimum wage workers 78 hours of work each week to be able to afford a one-bedroom apartment. The state's estimated mean renter's wage comes to $13.66, corresponding to an affordable rent of $710 at that income level.

A separate analysis from the Organization for Economic Co-operation and Development (OECD) looked at the amount of hours it would take minimum wage workers in various countries to climb out of poverty. For reference, below are the 2015 federal poverty guidelines for the United States. 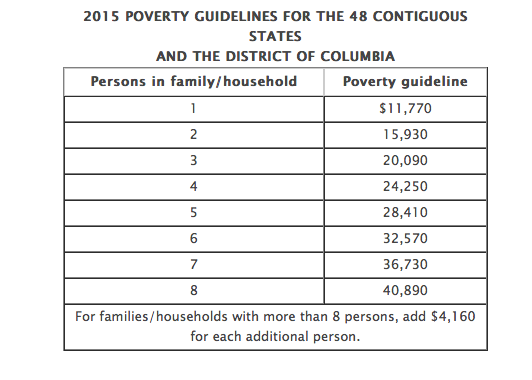 According to the OECD infographic below, the United States ranks seventh in the world for most hours required to escape poverty while raising a family on the federal minimum wage. Based on 2013 numbers for a lone parent with two children, it would take 50 hours of work per week to earn more than 50 percent of the median household income, the global benchmark for poverty used by the OECD. 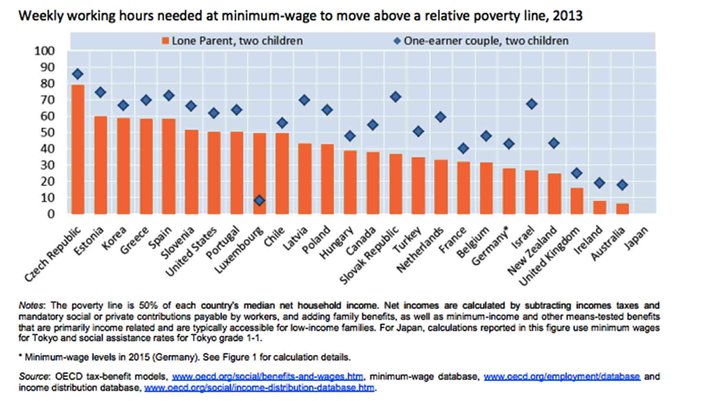 The federal minimum wage has not been raised in the United States since 2009. According to the "Out of Reach 2015" report, had it risen alongside productivity, it would be more than $18 per hour today .

Groups in cities around the country, particularly 15 Now, have made a concerted effort to organize around the issue and advocate for an adjustment. If anything, the stark numbers in these reports further demonstrate the extent to which income inequality dramatically impacts standards of living, not just in the United States but globally.