How to watch the Delta Aquariids meteor shower this Thursday

Philadelphians should have clear visibility of the showers from Aug. 11-12 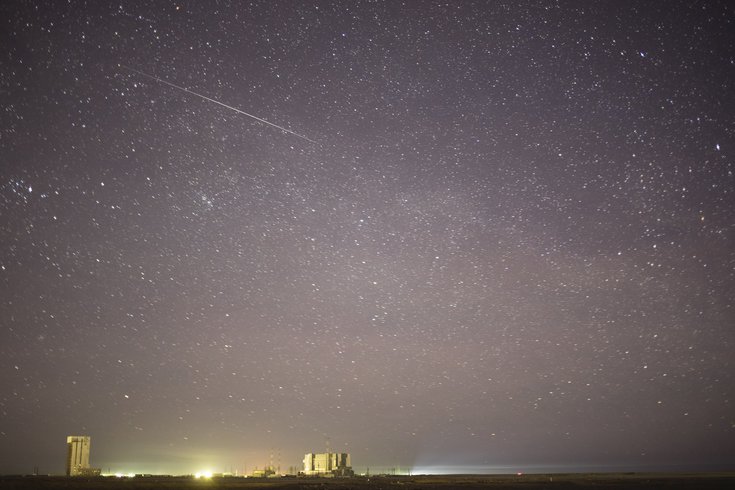 The Delta Aquariids meteor shower will peak from the Philadelphia area this Thursday and remain visible for the next few weeks.

This Thursday, a meteor shower is set to peak over the Philadelphia region, sending shooting space rocks across the night sky.

The Delta Aquariid meteor shower runs from July 12 to Aug. 23 every year, but the nominal peak falls on July 29. However, stargazers will be able to spot a decent number of meteors for several days after the peak, according to EarthSky.

During the peak, the shower will produce between 10 and 20 meteors an hour flying at 25 miles per second.

Weather depending, viewers should be able to see the meteors from midnight to dawn, though the best time to spot them falls between midnight and dawn. Current forecasts show that heavy thunderstorms and clouds are in store for Thursday night, which could impact visibility of the meteor shower.

Astronomers say this year's shower could also be drowned out by light from a waning gibbous moon, Patch reported. Meteors are more visible from the southern hemisphere, so the Philadelphia region already gets a fainter viewing without the bright moon.

In August, the Perseid meteor shower, which is often considered the best meteor shower of the year, will become visible. NASA meteor expert Bill Cooke told Space.com that sky-watchers could see as many as 100 shooting stars an hour in 2021's show.

Experts say the best time to view the shower is from 2-3 a.m., because that's when the sky is the darkest.

The sweet spot for viewing conditions should be around Aug. 11-12. The waning moon should wrap up in the first week of August, and the Perseid shower, which runs through Aug. 24, will have already started.

Tips on how to watch:

• Get as far from city lights as possible

• Get there early. Your eyes need 30-45 minutes to adapt to the darkness

• Bring a reclining lawn chair or blanket and lie flat on your back, that way you can see more of the sky at once

• Ditch your cell phone. The bright screen can keep your eyes from adjusting to the night sky, Cooke said.

Here's a look at the shower last year: