Camille Wescott, of Lawnside, Camden County, eluded police for eight hours before being arrested in a Wawa parking lot 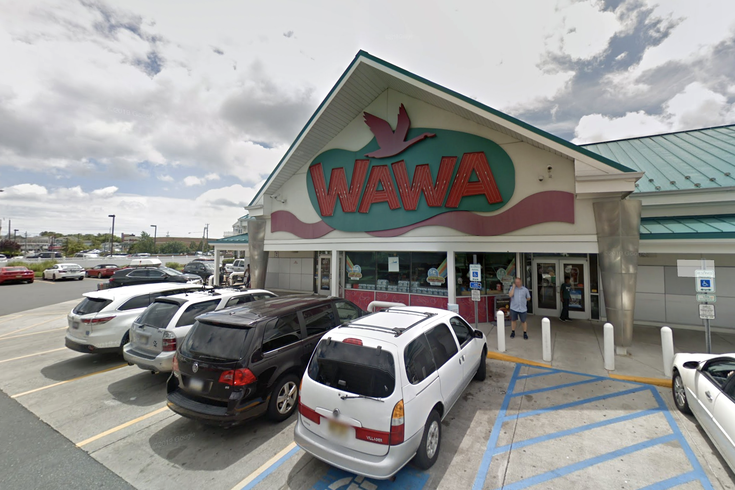 Police arrested 44-year-old Camille Wescott, of Lawnside, Camden County, over the weekend. Wescott allegedly stole an oil-tanker truck in Bellmawr and evaded police for eight hours until she was eventually arrested in Wildwood at the Wawa pictured above, authorities say.

A woman was arrested after she allegedly stole a commercial oil truck in Camden County and then led police on an eight-hour chase through South Jersey that culminated in Wildwood.

According to police, Camille Wescott, 44, of Lawnside, Camden County, stole a Taylor Oil tanker truck in Bellmawr around 12:30 p.m. Saturday. Then she was pursued by multiple law enforcement agencies – and involved in multiple crashes – as she made her away across the state. Bellmawr is about a 75-mile trip from Wildwood, if you drive straight there.

Around 8:30 p.m. Saturday, the Wildwood police responded to reports of an erratic driver in a Taylor Oil tanker truck on the 400 block of West Rio Grande Avenue, on the way into the popular Jersey Shore town.

Officers found the truck pulled into the parking lot of Wildwood's Art Deco Wawa, at 418 W. Rio Grande Ave. The truck was parked nearby the convenience store's gas pumps with a female driver, police said.

Officers said Wescott refused to exit the vehicle, and she locked the truck's doors. Several times, she allegedly tried to flee in the truck, but police said she was unable to get the truck started.

Eventually officers forced their way into the truck and apprehended her from the vehicle.

Posted by City of Wildwood Police Department on Tuesday, July 27, 2021

Wescott has been turned over to the Bellmawr Police Department.