In Kensington, fear on the street that a killer is targeting prostitutes

The description of the suspect in two recent attacks is similar, police say 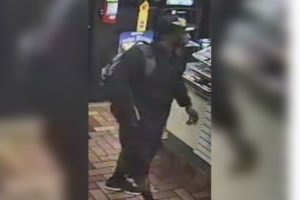 Police believe this man may be responsible for a July 12 sexual assault and the recent murder of a woman found on a Kensington sidewalk.

Rickie Morgan died naked on a sidewalk in Kensington over the weekend.

The 35-year-old woman's body was found Saturday in the 2400 block of Jasper Street at about 11:20 p.m. She was working as a prostitute, according to fellow prostitutes who said they knew her.

Police said that Morgan, of the 2900 block of Kensington Avenue, had been stripped nude and was covered in blood. There was evidence of blunt force trauma to her face and torso, law enforcement officials said.

On Wednesday, fellow prostitutes said she was a sweet girl who wouldn't harm a fly.

"Looking at her, you'd never think she was working out here on the street," said Erica, a prostitute who said she had walked Kensington Avenue with Morgan.

Under the elevated train tracks at Kensington and Somerset on Wednesday, Erica and two other women who said they were prostitutes, Lisa and Danielle, remembered Morgan as a kind woman who didn't deserve such a tragic end. All three spoke on condition of not having to reveal their last names.

"She would have done anything for anybody, that's the truth," Danielle said.

The women said that they were now in fear of a man who may be responsible for at least two attacks on women in and near Kensington, including Morgan's death and a sexual assault from July 12.

In that case, police said a 24-year-old woman was approached and chocked from behind until she lost consciousness while walking in the city’s Frankford section about 12:30 a.m.

According to police, she awoke naked in the outdoor rear of a property in the 3800 block of Jasper Street after suffering head and facial injuries. Police said the woman was sexually assaulted.

Police have released this surveillance footage of the suspect in the July 12 assault:

In the Morgan case, police described the suspect as a black male, believed to be in his 30s, with a full mustache and beard. Wearing a dark jacket and a baseball cap with a V-shaped logo, he was riding a blue-and-black mountain bike with an apparent head light or reflector on the front, police said.

That matches the description of a man wanted in the July 12 sexual assault.

According to Lt. John Stanford, a Philadelphia police spokesman, investigators are working to determine if the crimes are connected. He said police are "very interested in talking" to the suspect in the July 12 assault about Morgan's death.

"These are very similar in nature," said Stanford. "Anytime you have something like this, you're always concerned until you have that person in custody."

On the street, women who knew Morgan said they are nervous about the possibility of another "Kensington Strangler." In 2010, Antonio Rodriguez targeted prostitutes on Kensington Avenue, and raping and killing three women.

"There's this guy out here. We think he hangs out with people who get high," said Danielle. "Because, he knows they are vulnerable."

While police search for the suspect, the women on Kensington Avenue said they are struggling with losing a friend and worry that there will be other victims before the killer is apprehended.

"He just cut her clothes off," said a stunned Lisa.

Digging in her purse for a photo she carries of Morgan, tears welled in her eyes.

She produced the photo – a small headshot of a pretty blonde woman – showing it quickly before thrusting it back into her purse and turning to leave.

"I can't talk about this anymore," she said.