'Instant Hotel' on Netflix is must watch reality TV

It's got Australian accents, drama, mullets and more drama 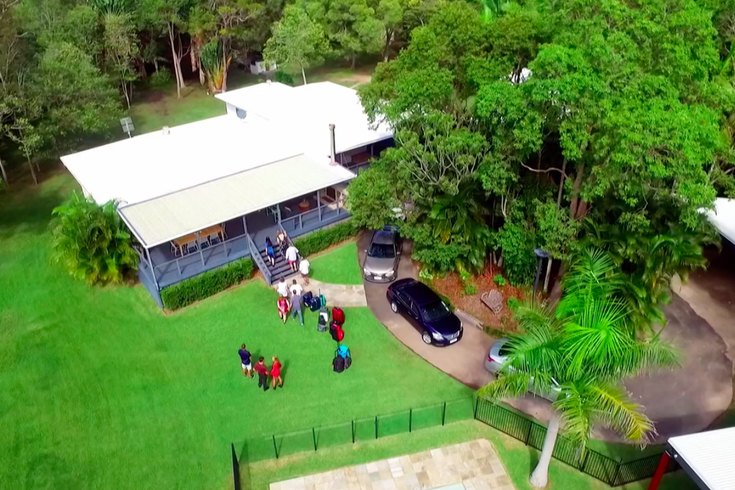 Australian homeowners compete for the title of Best Instant Hotel by staying overnight in each other's rentals and rating their experience.

Stop scrolling aimlessly through Netflix. Don't put on "The Office" for the millionth time. There's a show that you must watch right now.

It's Australian reality TV show "Instant Hotel," where five teams of two compete to see who has the best short-term rental property, aka instant hotel, and it is full of petty drama.

"Instant Hotel" is a Netflix Original, but the show originally appeared on Australia’s Seven Network in late 2017 before the streaming service acquired it.

The first handful of episodes follows the first group of five teams, as they stay over in each other's instant hotels. Each episode, the four teams staying in the fifth's home judge the place and give it a score on a scale of 1 to 10. Luxury hotel designer Julia Ashworth also gives the space a score.

Here's where the drama starts to come in: who gave who what score and why isn't kept anonymous. Host Luke Jacobz reads aloud the comment cards to the whole group.

Oh, and the team whose house everyone else is staying at also gets to give out a score on a scale of 1 to 10. The score for the guests is added to each team's total score.

Mainly, just remember every team's trying to get as close to 40 points as possible. And that some teams may be scoring strategically instead of honestly.

On Episode 5, the winner of the first group is revealed. Then a new batch of contestants is introduced to the show.

Below are some thoughts on the show from the Twittersphere.

I need Netflix to make like 10 more seasons of Instant Hotel.

Obviously Mark and Janinne are angels, Adam and Kathy are hilarious, Sam and James are smokin hot but so boring i could cry, and of course, Babe, Bondi, Brent and Leroy deserve to live out there days locked in a cell together. #instanthotel

Good Morning to everyone in Australia except Mikey & Shay and Serena & Sturt of Instant Hotel. #instanthotel #australia #goodmorning