Come Father's Day, these pre-mixed frozen cocktail mixers just might be that perfect gift for dad 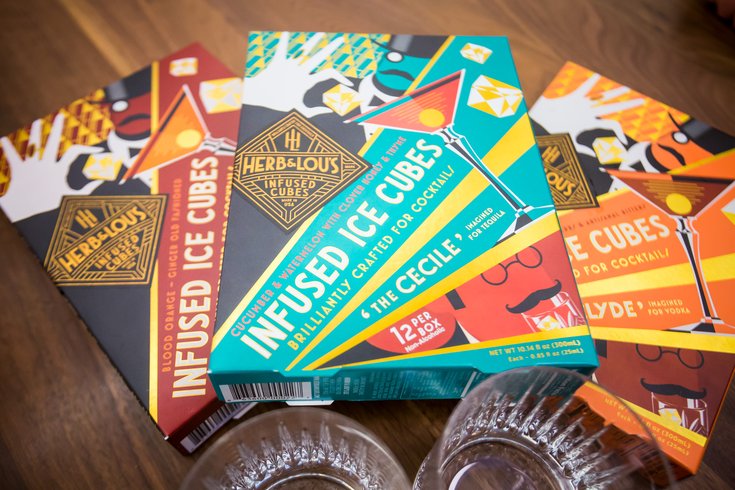 The way you make cocktails will take a new shape with these freezable, infused cubes by 'Herb & Lou's.'

A little exploring around in an old safe a few years back got one local realtor seeing dollar signs. But it wasn’t money he found, jewels, or the Heart of the Ocean, but something that would turn profits one day.

What Reid Rosenthal found was a batch of old cocktail recipes penned by his grandfather, who had served in the Korean War and loved a stiff drink, but not the fuss of preparing it every time. Rosenthal thought he was dreaming, because he recognized his own idea. What grandfather Rosenthal had concocted were batches of already-prepared frozen cocktails, minus the booze.

Introducing Herb & Lou’s Infused Cubes. Begin by freezing the cubes, and when you’re ready for a drink, simply pop a cube into your spirit of choice, give it a shake or a stir and voila! You have a perfectly blended craft cocktail ready to be sipped, shared and enjoyed.

During a recent interview with PhillyVoice, Rosenthal, who's originally from Upper Dublin, said he was heading to a friend’s house a couple years ago when he “had drinking on the mind that night.” The Ohio State University graduate said he noticed his friends freezing cucumber water in ice cube trays and it sparked an idea.

“Coincidentally, they had a basil leaf sitting on the counter top and a bottle of gin. I asked if they had any sugar. I took the cucumber cube, mixed it together with some gin, muddled the basil and I had a cucumber basil gin cocktail that I whipped up and everyone liked it. I said to my friend, ‘how can we market this?!’” 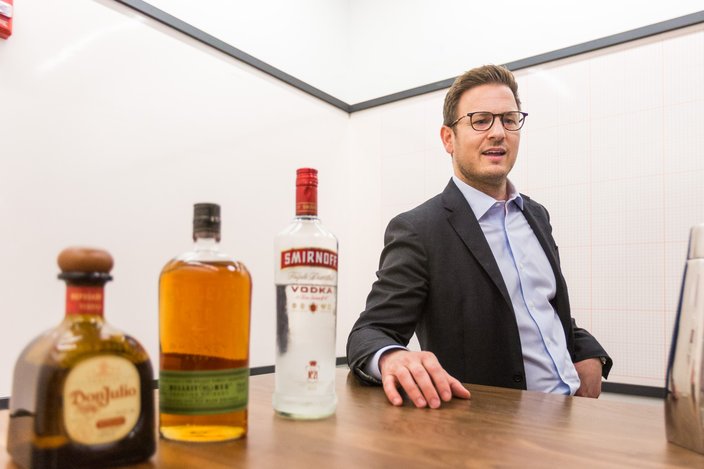 Reid Rosenthal explains the recipes behind 'Herb & Lou's Infused Cubes,' during a recent interview with PhillyVoice.

The Lou half of “Herb & Lou’s” is Rosenthal’s grandfather’s best friend and business partner from Army days. The Infused Cubes innovation is a nod to an idea spawned by two great friends.

“Herb & Lou’s is the first infused ice cube that contains all the essential ingredients to make a craft cocktail. So, if you don’t know how to make an Old Fashioned, we’ve done it for you,” said Rosenthal.

“One cube converts one shot of good liquor perfectly into an Old Fashioned. If you’re someone like me who likes Bulleit, or a higher-end bourbon, and you want to add some flavor to it, but you don’t know what you’re doing, you can either put it on the rocks and it slowly melts into the drink, or you can shake it up and you have a full, Old Fashioned like they make at bars and the cubes melt in 16 seconds. So, you can impress your friends.”

Launched at the beginning of last year, Herb & Lou’s Infused Cubes sells for $15.99 a box at Barnes & Noble stores throughout the country, Paper Source and Total Wine & More in South Jersey, as well as some mom and pop gift shops in the area. There's a blood orange-ginger Old Fashioned cube imagined for bourbon, a cucumber and watermelon with clover, honey and thyme cube imagined for vodka or tequila and a peach with benedictine-inspired herbs and artisanal bitters imagined for vodka or tequila.

“I love real estate. It’s my business, but my friends always made fun of me ­– ‘oh, he has another idea,’” Rosenthal laughed.

“I swear, I thought I invented iTunes in college. My friends thought I was crazy.”

With a patent pending, Rosenthal and partner are currently looking for someone to come in and run the company, full-time.