Investigation: Is the 'five-second rule' legitimate?

It all comes down to what's on the ground, not how long your grub sits there 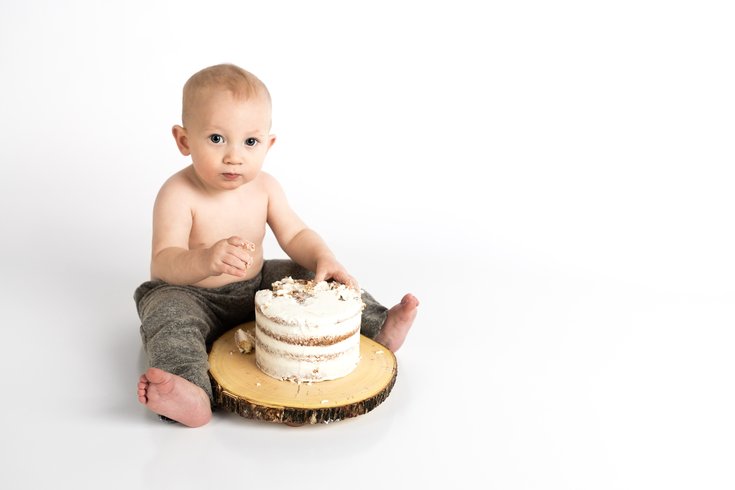 Just how safe is it to eat food that was dropped on the floor? (Or in this case, what appears to be a wooden slab of some sort).

Luckily, you finally get some food that’ll address your gastrological needs. And then, you drop it right on the ground at your feet.

Ugh. Fortuitously, you realize it quickly. You get that food back up off the floor quick. Within, say, five seconds.

Are you going to eat it? And more importantly, should you eat it? As in, can it get you sick?

One: My son dropped his grilled cheese on the ground the other night and made the case that since he picked it up within a second, he was good to continue. (He wasn't; I ate the floor food while making him a new sandwich because that's how I roll.)

Two: Barbeque season is almost upon us and I’ve learned over the years that it is rife with five-second rule situations.

In a fancy-word science-y sense, it noted that “bacterial cross-contamination from surfaces to food can contribute to foodborne disease. …

"The popular notion of the ‘five-second rule’ states food dropped on the floor for less than five seconds is ‘safe’ because bacteria need time to transfer. The rule has been explored by a single study in the published literature and on at least two television shows.”

They tested four foods – watermelon, bread, bread with butter and gummy candy – on a quartet of surfaces including stainless steel, ceramic tile, wood and carpet. The surfaces had been treated with salmonella-like bacteria.

Among their findings is this important conclusion: “Some (bacteria) transfer takes place ‘instantaneously’ at times disproving the ‘five-second rule.’” (Try telling that to a kid or a hungry adult, though.) Watermelon was the easiest to contaminate and carpet was the best surface.

Schaffner offered this fun fact to the New York Times in regards to the study: The five-second rule – well, lore – may very well trace back to the days of Genghis Khan who declared that food could be eaten after being on the ground for five hours. (The nanny state did not exist in the 12th and 13th centuries, apparently.)

Though that study somewhat debunked the five-second rule – which another study kind of vouched for a couple years earlier – what it didn’t do was cast aspersions upon the practice of eating food that has briefly touched the ground. As in, it didn't label it a taboo culinary practice.

This, even if surface cross-contamination ranks high on the list of food-borne illness-outbreak factors.

Juggling those somewhat contradictory messages in my mind, I sought a local expert to weigh in on the merits of the five-second rule this week.

Dr. Neilanjan Nandi is an assistant professor of medicine and the director of the Center for Inflammatory Bowel Diseases at Drexel University College of Medicine. His email tagline reads as such: “Nandi’s Gots the Runs. DO YOU?” (which doesn’t mean what you initially thought.)

We talked a bit about dropping food on the ground and the downside of what happens when you do. (See the “runs” allusion in the previous paragraph for a best-case scenario of what happens if you ingest some bacteria off your floor food.)

Nandi spoke about the fecal-oral transmission – or contamination – of how illness is spread.

He also mention that people don’t realize how often this happens in their day-to-day lives. (Hence, all those wash-your-hands signs in public restrooms and his comments in a story about whether you should let your dog lick your face.)

“You never want to drop your food on the ground, but obviously, it depends on what you drop it on,” he said of bacteria transmission. “There have been experiments, though they’re not the best since there are a lot of variables involved. To make an extreme example: Nobody should eat food that they’ve dropped on poop. But on a floor, one second, five seconds, a minute, the time matters less than the organisms on the ground.”

Food dropped on a “decent surface” is less risky to eat since “stomach acid will kill the bacteria.”

“I wouldn’t trust a restaurant floor since there’s heavy foot traffic,” he said. “Even in a home – some people wear shoes indoors, some don’t – there’s a risk. There are a lot of variables and caveats.”

He cautioned against anyone who takes medicine that suppresses their immune system from messing around with five-second rule debates.

“Be safe in that case. If your immune system is (compromised), the chance of infection is higher,” he said of factors that make diarrhea and worse maladies more likely.

So, what was Nandi's takeaway advice?

“Don’t drop your food,” he said. “But if you do, just be mindful. It’s not about one second or five seconds. It’s about what you drop the food on.”