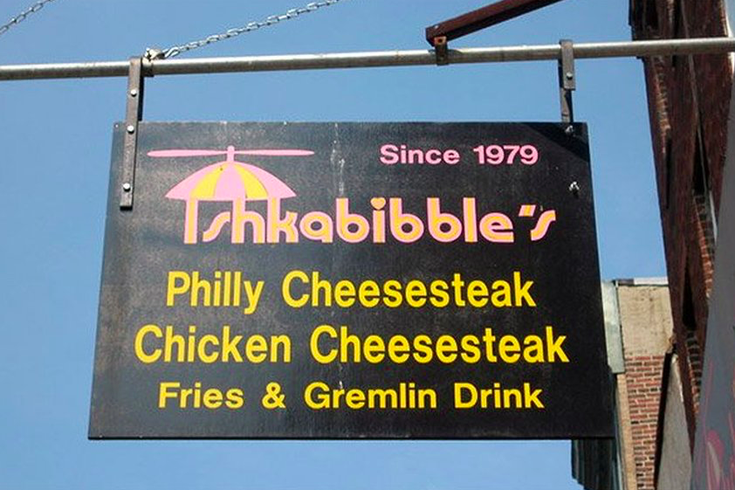 Ishkabibble's, home of the chicken cheesesteak, is located at 517 South Street in South Philadelphia.

Whenever a restaurant is described as a "hole-in-the-wall," it's a coded term of endearment and badge of authenticity, despite the way that sounds.

Philadelphia is home to more of these places than you can count, but one of them has been honored among the best of its class in the United States.

A Philadelphia, Pennsylvania institution since 1979, Ishkabibble’s is a hole in the wall with a few seats at the counter inside and a walk-up window facing the shaded sidewalk. While they pride themselves on being the inventor of the increasingly ubiquitous “chicken cheesesteak” (made with chicken tenders instead of steak), you should still order their cheesesteak. A fresh loaf of bread is lightly toasted and piled with steak that’s grilled with onions and chopped to order. While purists can stick with the Whiz, a combination of both Whiz and provolone takes this sandwich to the cheesesteak stratosphere.

With a comparatively low profile, Ishkabibble's isn't celebrated as often as places like Pat's, Geno's, Steve's or Dalessandro's. That's even more of a testament to its staying power.

Ishkabibble's originally opened at 337 South St. in 1979 before making a short hop to 517 South St., where it has remained on the ground floor of a historic building. In addition to the chicken cheesesteak, the restaurant is known for its half-lemonade, half-grape "Gremlin" drink and Spanish fries.

The restaurant's name comes from a Yiddish saying that roughly translates, "Do I look like I care?"

The only other local place to make The Daily Meal's list is John's Roast Pork, which has such a strong presence in Philadelphia that it seems unusual to call it a hole-in-the-wall. Two out of 75 in the whole country sounds about right for Philadelphia.