Visit 'The Worst Bar in America' from Feb. 25 through March 19 and enjoy some of Charlie's favorite snacks, like milk steak or a bag of spaghetti 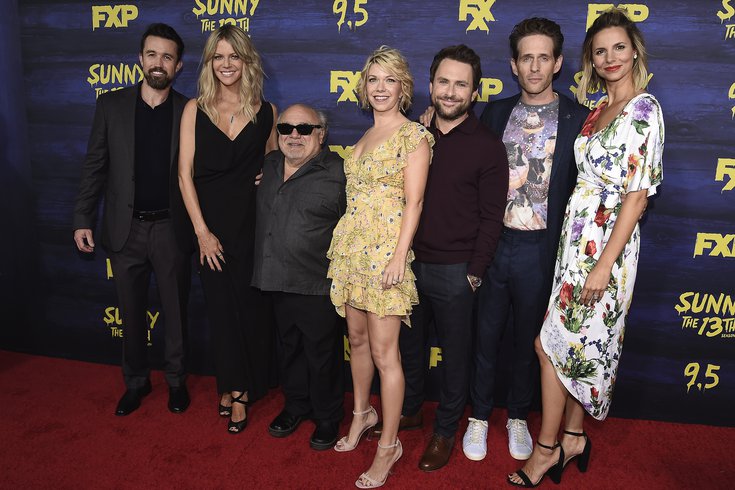 A fan-made parody group is hosting an 'It's Always Sunny in Philadelphia' pop-up experience at the Plymouth Meeting Mall on Thursdays through Sundays, beginning on Feb. 25.

FX's "It's Always Sunny in Philadelphia" has garnered critical praise since it first aired in 2005, and became the longest-running live-action sitcom in television history with the premiere of its 15th season in December.

The beloved comedy series has gained a cult following, and now a fan-made parody group is bringing "The Worst Bar in America" to Plymouth Meeting Mall for a Paddy's Pub Pop-up experience from Feb. 25 through March 19. Tickets are required, and are now available for purchase.

There are four different packages, including one for children under 7 years old. Packages begin at $37, which includes a meal and a custom craft soda. For $52, you can receive a meal and a drink, plus a commemorative patch, keyring, and beer koozie.

The most expensive package is $94, and includes everything from the other two packages, plus a VIP t-shirt and a themed tote bag. Children ages 7 and younger can receive a meal with apple juice or water for $20. Children under 2 years old can get in for free.

The pop-up opens on Thursday, Feb. 25 from 4 until 8 p.m., with the same hours each Friday. On Saturdays, Paddy's Irish Pub will be open from 12 until 8 p.m., and on Sundays from 12 until 6 p.m. Each ticket package includes a time which must be chosen when purchased.

There is also a $28 dessert option called the "Many Layers of Philadelphia," which is a slice of creme brûlée cheesecake on top of two soft pretzels, drizzled with caramel sauce and served with Irish potatoes.

A small menu of "Sunny Specials" will be available for $28, which organizers say are edible but may not be very appetizing. These include the rum ham, a slice of ham soaked in rum, served with pineapple and a maraschino cherry, a bag of spaghetti, a grilled peanut butter and cheese and butter and chocolate syrup sandwich, and the milk steak, which is steak boiled in milk and served with a side of jelly beans.

A portion of the proceeds from ticket sales and purchases will go to the Eastern Pennsylvania Robotics Alliance, which partners with the Girl Scouts of Eastern PA to ensure children's access to STEM and robotics education.