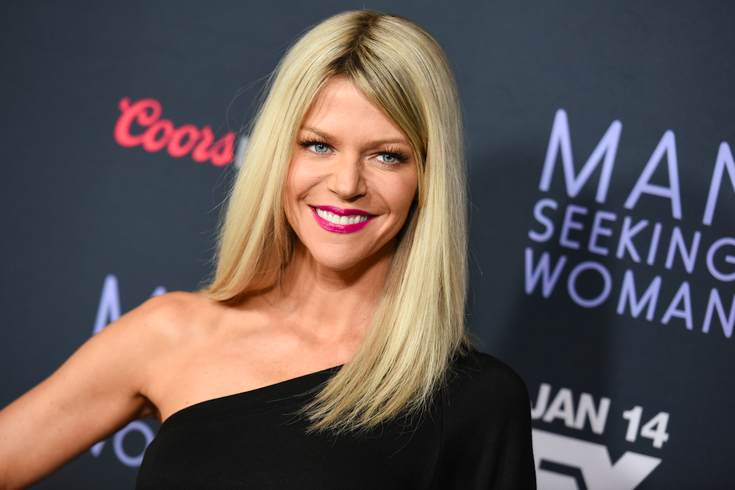 Kaitlin Olson arrives at the LA Premiere Of "It's Always Sunny In Philadelphia" And "Man Seeking Woman" at the DGA Theater on Tuesday, Jan. 13, 2015, in Los Angeles.

As a Paddy's Pub bartender in 'It's Always Sunny in Philadelphia,' Deandre "Sweet Dee" Reynolds is an aspiring actress who can't seem to get out of her own way. The gang calls her a bird, yet she can't seem to take flight on that elusive Hollywood career. Instead, she's constantly wrapped up in the manic idiocy of her cohorts, offering them moral support despite their routine disregard for her clever ideas.

After 11 seasons playing Dee, Kaitlin Olson is about to get the lead role in a FOX pilot co-produced by 'It's Always Sunny in Philadelphia' exec-producers John and Dave Chernin, according to Entertainment Weekly.

Olson, 40, will assist the Chernin brothers as co-executive producer of 'The Mick,' whose plot will follow Mackenzie "Micky" Murphy, a freewheeling and downtrodden vixen who hopes to reverse her poor fortune at all costs. When Mackenzie pays a visit to her loaded sister and step-brother to ask for a handout, a crisis forces the couple to leave the United States. Much to her surprise, Mackenzie ends up forced into a babysitting role.

The part seems tailor-made for Olson, whose silliness on 'It's Always Sunny' never diminishes her charm and pep (in spirit, not unlike the feisty young Mick Kelly of 'The Heart is a Lonely Hunter'). After big-screen appearances in 'Vacation' and 'Heat,' Olson's voice will feature later this year in 'Finding Dory,' Disney's sequel to the 2003 blockbuster 'Finding Nemo.'

There's no indication yet on when the pilot will be completed, but we can expect the same quality found in director Randall Eichorn's previous work on 'It's Always Sunny' and 'Fargo.'

For a trip down memory lane, check out these clips from Olson's audition for 'It's Always Sunny in Philadelphia.'