The quarterback has professed his love for the brand, saying people 'put this on everything' in his native Houston 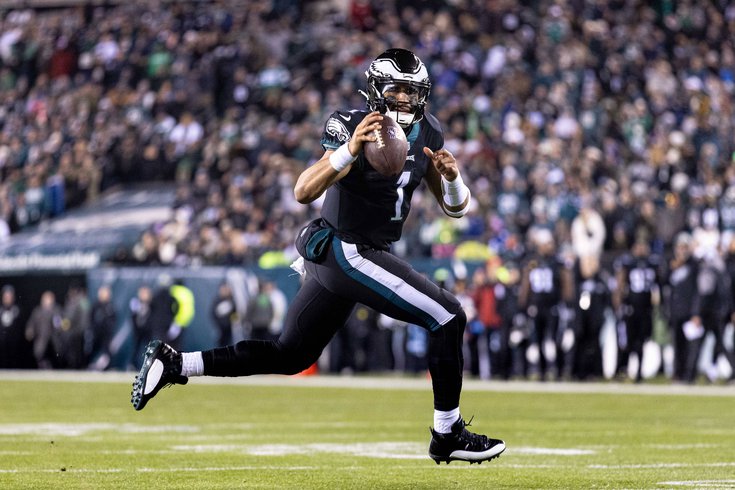 Jalen Hurts has a new Lousiana Hot Sauce signature edition bottle. Proceeds from its sales will benefit the OneMindSet Foundation.

Jalen Hurts has silenced his doubters in his third NFL season, guiding the Eagles to the NFC's top seed and an extra week of rest for the playoffs.

Behind the scenes, Hurts has been cooking up something spicy for his fans. The quarterback has partnered with Louisiana Hot Sauce on a signature edition bottle that will support the charity of one of his former teammates at the University of Oklahoma.

"Jalen Hurts has been one of the hottest quarterbacks in the league all season," the hot sauce brand wrote on the product page. "Now he’s helping you bring the heat to your favorite foods with Jalen Hurts Signature Edition Louisiana Hot Sauce!"

The Jalen Hurts Signature Edition hot sauce is available exclusively online and costs $10 for 12 fluid ounces, with a limit of 12 per order.

Prior to the NFL season, Hurts, a Houston area native, spoke with GQ about his love for Louisiana Hot Sauce.

"Being where I'm from, we put this on everything," Hurts said. "If it's missing a little piece, just put a little Louisiana on it. Not Tobasco, not nothing else. I need Louisiana."

Hurts also told GQ he had an obsession with Popeyes fried chicken when he was younger, but that he's cleaned up his diet to excel on the field.

A portion of the proceeds from the hot sauce will support the OneMindSet Foundation, which was created by former Sooners cornerback Chanse Sylvie. The organization offers a range of mentorship, tutoring, sports training and seminar programs to teach young people varying life lessons, from financial literacy to job preparation to overcoming the barriers of systemic racism.

Hurts, who played his senior year at Oklahoma after transferring from the University of Alabama, has supported Sylvie's foundation in the past.

Hurts has made philanthropy a focus of his young career with Eagles, including a $30,000 donation he made last year through Alex's Lemonade Stand to support the family of a boy battling cancer.