The custom order became a sensation among fans online, but some employees revolted over a lack of ingredients. The item will hit the chain's app in March 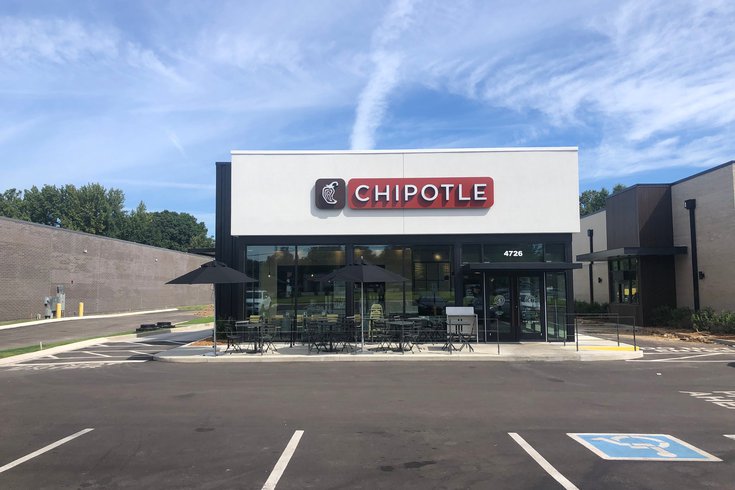 Chipotle says it will add a TikTok-inspired cheesesteak quesadilla to its menu in March after the off-menu hack went viral in December.

Chipotle employees were overwhelmed last month by customers attempting to order an off-menu "food hack" for a Philly cheesesteak quesadilla popularized by a pair of TikTok users.

Now the fast food chain has recruited the two influencers to announce the official debut of the quesadilla hack with steak, fajita veggies and cheese on the Chipotle app in March.

So about that quesadilla hack pic.twitter.com/pAVXVxDWSl

In late December, TikTok food reviewers Alexis Frost and Keith Lee had a back-and-forth about their Philly cheesesteak concoction. Lee posted a video about the quesadilla that received more than 593,000 likes, propelling the non-menu item into the mainstream. Crucially, Lee explained that he believes the key to perfecting the quesadilla is dipping it in a mix of Chipotle's sour cream and vinaigrette sauce.

When he poured and mixed the vinaigrette into the sour cream, Lee said the score jumped to a 10.

The sudden craze over the quesadilla led to a rush of customers requesting fajita veggies on their steak quesadillas and asking for sides of the vinaigrette and sour cream sauces. Some customers shared TikToks complaining that Chipotle employees were denying them the goods, the Daily Dot reported in late December.

In a viral video that has since been deleted, one Chipotle employee lamented the number of customers asking for the quesadilla hack. Another employee posted a picture on Reddit of the store's digital queue of orders, showing nothing but steak and chicken quesadillas. Some Chipotle stores were not adequately supplied with the ingredients to fulfill these orders in addition to menu items that require the fajita veggies and sauces.

“Can I get a steak quesadilla with extra cheese and fajita veggies with a side of sour cream and [vinaigrette]?” said the caption on the employee's deleted video, which was titled, "WORST CHIPOTLE SHIFT OF MY LIFE."

In the video, the employee repeatedly shouted, "Shut up!"

Another TikTok user shared a portion of the employee's video and asked Chipotle why the chain wouldn't "give the people what they want."

After learning that Chipotle would put the quesadilla hack on the menu, Frost and Lee posted their own video together and said cheers by tapping their quesadillas together.

The duo didn't say whether the new menu item will come with the vinaigrette sauce, which usually is only included with a salad order. It's also not clear yet whether the quesadilla can be ordered at stores without using the app. More details on the launch are expected to come in March.

While the buzz about the Philly cheesesteak quesadilla has been all over social media for the past month, it's also fair to ask why people who've been craving it don't just buy some or all of the ingredients and make it on their own at home. Also, "cheesesteak quesadilla" is redundant — not to be a square about it.

One Twitter user suggested the whole concept is a slight to the magic of Philly cheesesteaks, which are already butchered by restaurants and chains that make pale imitations throughout the country.

I’m not saying it’s nasty, but them comparing that chipotle quesadilla hack to a Philly cheesesteak is lowkey disrespectful to Philly 🥴😂

The Chipotle version is probably tasty, but it's really just a steak quesadilla that got hyped on TikTok. That doesn't make it a Philly cheesesteak, and it doesn't sound as though Chipotle plans to use any type of "Philly" branding based on the initial announcement from the chain.

If you're in the Philly area and this quesadilla sounds enticing, the wait until March shouldn't be too difficult. Treat yourself to a real cheesesteak in the meantime and be glad you're not somewhere else pining for Chipotle to be your supply.