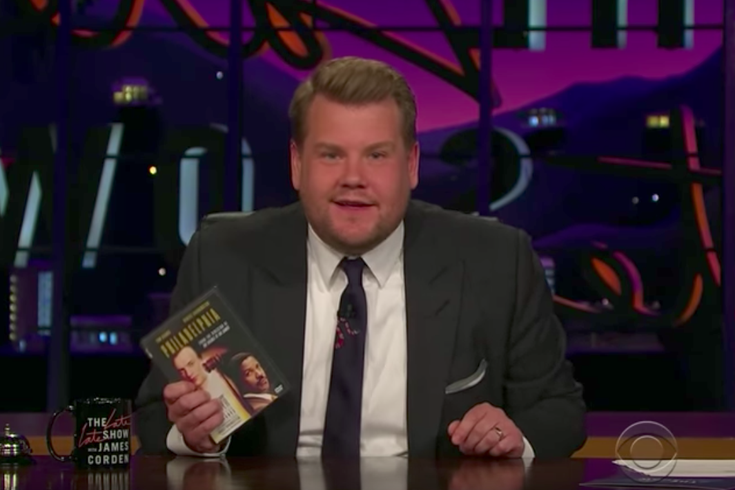 The Late Show with James Corden/YouTube

In an effort to get Donald Trump to "care" about HIV/AIDS, talk show host James Corden said Tuesday night he was sending the president 297 copies of the movie "Philadelphia."

Corden, host of "The Late Late Show" on CBS, started the segment by citing recent reports about six members of the Presidential Advisory Council on HIV/AIDS resigning.

RELATED: Trevor Noah jokes nation would 'have to share' Bill Cosby as pharmacist under Trumpcare

One member wrote that Trump "simply does not care" about the disease, noting that the Office of National AIDS Policy website was taken down the day he took office and that the president hasn't appointed anyone to lead the department.

Corden said that Trump should care about the disease, citing CDC statistics that say 1.1 million people in the country have HIV and that 60 percent of those people can't afford their medication.

"Now, a lot of people don't know those statistics, and there's many reasons for that, but one of them is that HIV/AIDS, it still carries a stigma for many people, and they don't want to talk about it, and if you don't talk about it, it's easy to ignore," Corden said.

Corden then noted how most of what he learned about the disease was from the 1993 movie "Philadelphia," a drama set in the City of Brotherly Love starring Tom Hanks and Denzel Washington. It's considered to be the first mainstream movie about HIV/AIDS.

Calling the White House to send it there was a fruitless endeavor, Corden said, so they instead sent 297 copies of the movie to Mar-A-Lago, Trump's Florida hotel where he frequently spends weekends.

The reason for sending 297 copies is because it was the most they could buy, according to Corden. He said he hopes the president realizes that Hanks deserved the Oscar for his performance, but also that HIV/AIDS is something he "can never afford to ignore."