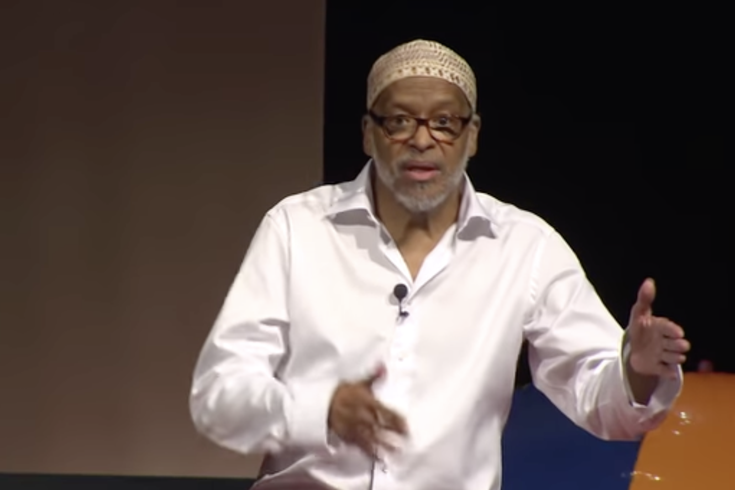 James Mtume was a trailblazer in the evolution of jazz and R&B, collaborating with the likes of Miles Davis and Sonny Rollins during a career that spanned decades.

South Philadelphia native James Mtume, a leading light in the world of jazz and R&B from the 1960's onward, has died at the age of 75, his family confirmed on Sunday.

Born James Forman, Mtume was the son of famed saxophonist James Heath and was raised in Philadelphia by his mother, Bertha Forman, and pianist James "Hen Gates" Forman. Mtume's formative years were spent around some of the most talented and innovative names in jazz, from Charlie Parker to Dizzy Gillespie and Thelonius Monk, many of whom would spend time at his family home.

Mtume learned to play piano and percussion at a young age, but also was a talented swimmer who earned an athletic scholarship at Pasadena City College in California. It was in college that he became associated with the US Organization, a Black empowerment group, and received the name Mtume, which means "messenger" in Swahili. He left the organization in 1969, but kept the name that later became synonymous with his R&B group.

Mtume is best-known for the 1983 hit "Juicy Fruit," a song that has since been sampled frequently by hip-hop artists from The Notorious B.I.G. to Alicia Keys, Snoop Dogg, Lil Kim and Nicki Minaj. With lead vocals from Mtume bandmate Tawatha Agee, the mid-tempo track became a radio hit and climbed to number one on the Billboard Hot Black Singles chart in 1983.

Earlier in his career, Mtume had played alongside greats including Miles Davis, Don Cherry and Herbie Hancock. He also contributed to records from Duke Ellington, Sonny Rollins, Pharoah Sanders, Gato Barbiere and many others.

Mtume often described the fusion of sounds he created with collaborator Reggie Lucas as "sophistifunk," bringing together elements of soul and jazz in a form of R&B that helped define the smooth, technical sheen of the post-disco period.

Mtume also was a prolific songwriter whose credits include Roberta Flack and Donny Hathaway’s “The Closer I Get to You” and Stephanie Mills’ “Never Knew Love Like This Before," for which he and Lucas won a Grammy Award for Best R&B song in 1981.

In 2019, Mtume gave a TED Talk that examined the influence of music on political and cultural movements, and vice versa, from the 1950's through the 1980's.

"Society is the thermostat that sets the temperature," Mtume said. "Art and artists are the thermometers that reflect it."

Mtume's life was honored widely on social media by those who drew inspiration from his wide-ranging career and the wisdom he brought to the evolution of jazz and R&B.

Rest In Power to the great James Mtume. The South Philly native & prodigal son, Jazz ROYALTY (the son of the great Jimmy Heath) and music trailblazer & pioneer. His passing is truly a monumental loss. Let's look at some of Mtume's music and legacy through the years, as a THREAD: pic.twitter.com/CQyJZLzwMs

It’s really not doing justice listing accomplishments. Right now. Thank you James Mtume for all the wisdom & love & respect you’ve shown me & my brothers over the years. #JamesMtume https://t.co/aRpmWSFpiH

So much loss. So much grief. Rest in power to Uncle Mtume. My late fathers partner in crime, the co-creator of the songs of my life (and about my birth!). He was essential part of the life of the man who made me, therefore me too. Gone now. He will be dearly, eternally missed. https://t.co/juDFpQBkMb

James Mtume and Reggie Lucas wrote a Grammy Award winning hit for Stephanie Mills with “Never Knew Love Like This Before.” pic.twitter.com/KOD9g7mNwm

A young James Mtume with his father, Jimmy Heath pic.twitter.com/sAaAjNkhvV

I’m deeply saddened to hear of the passing of my true friend and brother, James Mtume. A talented and gifted artist, activist, and thinker. I was so blessed to have him in my journey, the world is a better place because of Mtume. May he Rest In Peace and Power. I miss you already pic.twitter.com/wJsNkNC3VL