The Philadelphia native, who contrasted his fatherly TV roles with a raunchy stand-up comedy act, died in Florida on Sunday 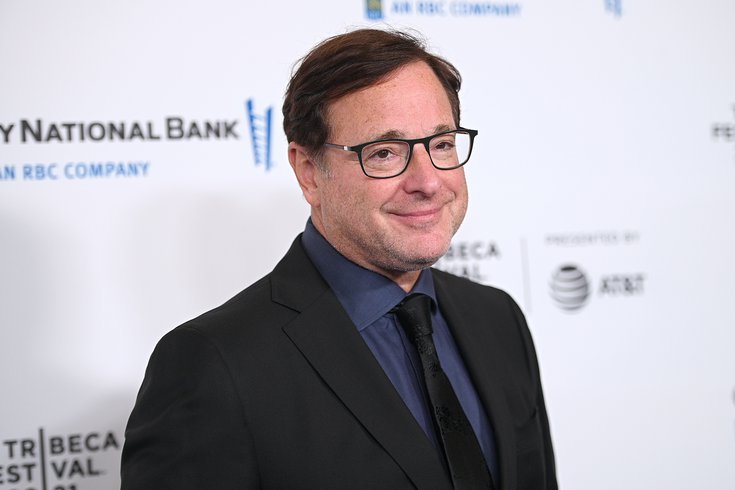 Bob Saget, the actor and stand-up comedian best known for his role as Danny Tanner on "Full House," died Sunday. He was 65.

The Philadelphia native was found dead in a hotel room at the Ritz-Carlton Orlando, Grande Lakes, according to a statement shared on social media by the Orange County Sheriff's Office in Florida.

Police found no signs of foul play or drug use in Saget's hotel room. The cause of death remains unknown.

"He was everything to us and we want you to know how much he loved his fans, performing live and bringing people from all walks of life together with laughter," Saget's family said in a statement to the New York Times.

Saget had just kicked off a stand-up comedy tour over the weekend in Orlando and Ponte Vedra Beach, Florida.

The nationwide tour, which was scheduled to run through June, included a March date at the Keswick Theater in Glenside, Montgomery County. Saget, who graduated from Abington Senior High School and Temple University, grew up just minutes away from the theater, a frequent stop on his stand-up comedy tours.

Temple said Saget "will always be remembered as one of Temple's all-time funniest Owls." Saget returned to Temple in 2017 to play emcee when the university renamed its School of Media and Communication after Lew Klein.

"His work touched the lives of many and brought smiles to families across the globe," the university said in a statement to 6ABC. "While Saget will be deeply missed, his legacy and overall impact on the entertainment industry will continue to be felt for years to come."

Bob Saget 😔 Sad to hear this. Rest In Peace.

Oh no man..... this one hits close to home... I grew up watching Full House this is so sad😭 You were still young we miss you and love you @bobsaget

You are deeply missed, #BobSaget. The world, today, is poorer for another smile, another laugh, and another bit of joy when it needs it most!#BobSagetRIP

rest in peace bob saget, thank you for making my childhood a little more bearable

Yet another legend of my childhood gone far far too soon.

My condolences to all the lives his smile and sense of humor touched over the years.#2022youcanstopnow

Saget was born in Philadelphia and graduated from Abington Senior High School in 1975. He started doing comedy at age 17 in nearby clubs, including one that belonged to restaurateur Stephen Starr.

Saget studied film at Temple, where he won a student Academy Award for documentary merit for his film "Through Adam's Eyes." The project was about a nephew who had undergone facial reconstructive surgery.

While studying film, Saget kept his feet wet in comedy by doing improv at the University of Pennsylvania. After graduating from Temple in 1978, Saget moved to Los Angeles to pursue his acting and comedy career.

Saget's big break came in 1987 when he was cast as widower Danny Tanner in the sitcom "Full House," which aired for eight seasons on ABC. The show revolved around Tanner's brother-in-law and best friend helping raise his three daughters in their San Francisco home.

"Full House" also starred the likes of John Stamos, Mary-Kate and Ashley Olsen, Lori Loughlin, Candace Cameron Bure and Dave Coulier. Saget said in a 2017 interview that being on "Full House" was a gift.

Saget later reprised his role as Tanner in the Netflix spinoff series "Fuller House," which aired for five seasons from 2016-2020.

From 1989-1997, Saget served as the original host of the weekly television series "America's Funniest Home Videos" on ABC. During this time, Saget was inducted into the Abington Hall of Fame.

Saget also was known for his raunchy, X-rated comedy — a complete contrast from his do-no-wrong television personas.

Some of Saget's most memorable comedic works included directing the 1998 cult classic "Dirty Work" starring Norm Macdonald and Artie Lange, and his profane appearances on the HBO series "Entourage."

Saget's 2013 stand-up special "That's What I'm Talkin' About" was nominated for a Grammy Award in 2014 for best comedy album.

Saget said in 2017 that he had no regrets about portraying different characters in television and comedy.

"I led a double life and I don't regret a minute of it," Saget said. "I would be a moron to regret doing ['Full House'] or hosting 'America's Funniest Videos.' Those shows paid a lot of bills. I was on each of those shows for eight years."

But despite his foul-mouthed comedic routine, Saget never quite shook the fatherly figure he played on television. He served as the narrator and voice of an older Ted Mosby on the hit CBS sitcom "How I Met Your Mother" from 2005-2014.

Saget is survived by his wife Kelly Rizzo and daughters Aubrey, Lara Melanie and Jennifer Belle Saget from a previous marriage.