The R&B singer will present at Sunday's show, with an additional performance from Philly native Musiq Soulchild 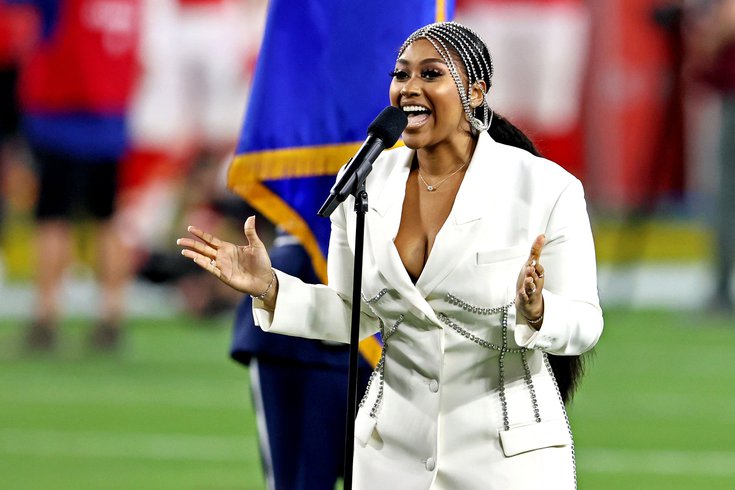 Jazmine Sullivan will present at the 2021 BET Soul Train Awards, which air this Sunday night at 8 p.m. She is also nominated for 6 awards, including Album of the Year. Fellow Philly native Musiq Soulchild will also perform in the collaborative Soul Cypher.

Philly R&B fans will be pleased to hear that the 2021 BET Soul Train Awards are back on Sunday, with a star-studded slew of performances and presenters.

Philly's Jazmine Sullivan sports the second highest number of nominations, with six total including Album of the Year for "Heaux Tales", Songwriter Award, Best R&B/Soul Female Artist, Song of The Year, Video of the Year for single "Pick Up Your Feelings", and Best Collaboration for "Girl Like Me" featuring H.E.R., who received eight nominations.

Philly native R&B singer Musiq Soulchild will also make an appearance on Sunday's show, where he will perform in the show's annual Soul Cypher alongside D-Nice, Elle Varner, Jac Ross, Koryn Hawthorne, and Tone Stith.
Sullivan has had a busy week: other than her nominations for the Soul Train Awards, the R&B singer was nominated for three Grammy Awards, including Best R&B Performance, Best R&B Album, and Best R&B Song.
Musiq Soulchild was previously featured on DJ Cassidy's "Pass the Mic" following the BET Awards in June, where he sang classics alongside Nelly, Ashanti, Ray J, and a handful of other R&B artists. There, he performed his 2000 hit "Just Friends".

Other performers slated to appear include Ari Lenox, Leon Bridges, Bruno Mars and Anderson Paak's Silk Sonic, and Summer Walker. Ashanti will receive the "Lady of Soul" award and Maxwell will receive the "Living Legend" award.
The show premieres Sunday, Nov. 28 at 8 p.m. and can be viewed on BET, with additional coverage on BET.com and social media channels.