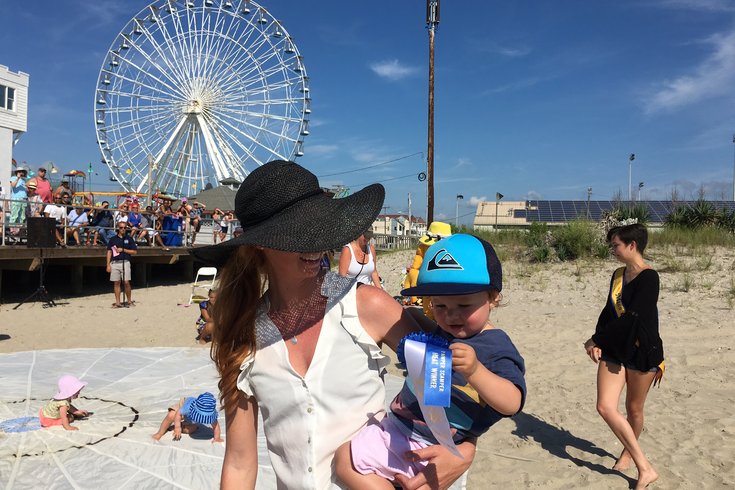 That's how close we are to the traditional end-of-summer mark, one that locals celebrate as if they've stumbled in and out of Jean Lafitte's Old Absinthe House during Mardi Gras. But let's not think about that now.

Instead, let us celebrate all that is good and forcefully rebuke all that is bad in the 16 shore communities subject to Jersey Shore Town Power Rankings (JSTPR) judgment.

This week's rankings were not kind to dolphin haters but were warmly receptive to the Babies of the Jersey Shore.

15. Longport (-5) Pfft. You think your books are better than the books offshore, richbros? Go ahead and break free of the Atlantic County library system, Longport. They don’t need you anyway. You're no better than the Angelsea folks.

13. Long Beach Island (-11) We’ve become a nation of cold, heartless creatures more inclined to record tragedy than to step in and stop it. Such was the case on Long Beach Island, where people captured footage of sharks slaying a dolphin. What if that was your dolphin? Would you be all that happy if people got video instead of jumping in to distract cold-blooded killers? I didn’t think so. For shame.

11. Cape May Point (+2) Sure, the Cape May-Lewes Ferry doesn’t dock in Cape May Point, but it’s close enough to reflect in the rankings of an otherwise dormant rankings-eligible community. So, daps for the expanded music/booze offerings.

10. Stone Harbor (+5) Protecting the nesting areas for nesting shore birds is always a good thing. They were here before us. They’ll be here after us. Respect your winged overlords.

8. Strathmere (even) Be more careful with your boogie boards and your dusk-time recreational endeavors, people.

6. Avalon (even) Ben Simmons and Joel Embiid are coming to town later this month, y’all. Suspect that Embiid might put out a tweet that helps Avalon as the summer-ending post-Labor Day rankings are released.

5. Atlantic City (-4) Some people like Jimmy Buffett; I even know some of them. Some people do not like Jimmy Buffett; I know some of them, too. While Atlantic City shot to the top of the charts last week courtesy of Blast’s obituarial drama, it falls to the middle of the pack thanks to its Tim Tebow-fueled opportunism and layoffs. But know this: The happiness brought about by that margarita guy’s beach concert tempered the fall.

3. Sea Isle City (+4) Fun fact: Sea Isle City’s annual baby parade turned 100 this year. Congratulations to all competitors; here's hoping you live up to all the expectations parents place upon their “most attractive” brood.

2. Brigantine (+1) The cruel, anti-dolphin heartlessness exhibited on Long Beach Island runs counter to everything that this barrier island is about, what with it being home to the Marine Mammal Stranding Center that SAVES the creatures instead of rubbernecking their demise. Also, local Alexa Brunetti’s highly anticipated episode of “Dating Naked” finally aired. So there’s that. 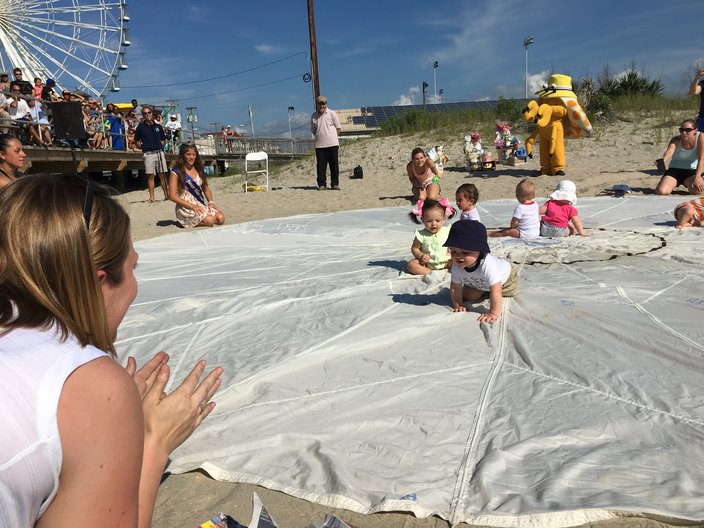 1. Ocean City (+10) Who doesn’t love babies, Dick van Dyke and potential royal visitors? Miserable, horrible people, that’s who. The type who watch dolphins die, if the JSTPR machine is being honest. But Ocean City has featured them all, if even in tangential ways of late. Ergo, Ocean City’s commitment to Things That Make People Happy has been rewarded accordingly. Get to Ocean City quickly, as this sort of publicity will likely cause long inbound lines over the OC-Longport, 9th Street, 34th Street and Corson’s Inlet Bridges.