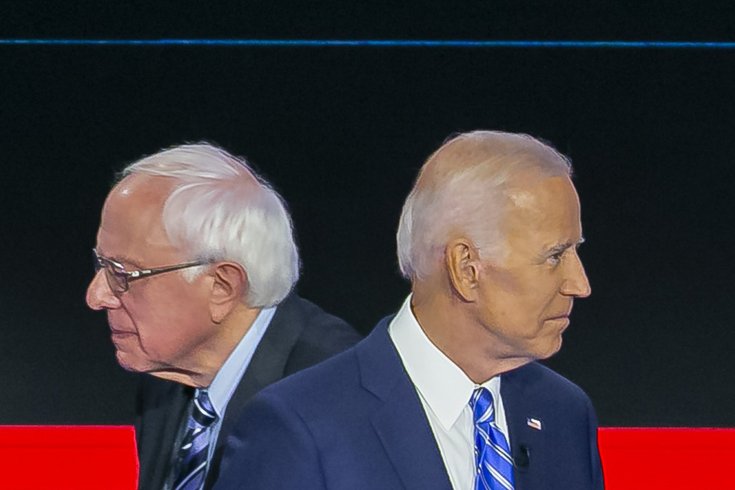 Sen. Bernie Sanders and Vice President Joe Biden, pictured during the second night of the first Democratic presidential debate in June, will both be in Philly on Tuesday afternoon for a labor union summit.

The candidates will speak and take questions from union workers across the region about wage inequality, ensuring access to quality public services, strengthening the right to organize unions, and increasing union jobs.

Biden and Sanders are the only big-ticket candidates who will appear at the summit, which was organized by Philadelphia AFL-CIO President Pat Eiding over concerns that local labor union leaders were jumping to support Biden too quickly.

Even though Biden's headquarters is only a few blocks away from Tuesday's summit — it's taking place at the Philadelphia Convention Center — it didn't go unnoticed that his campaign didn't confirm he would attend until Monday morning, the Inquirer reported.

The summit is free to attend and will be live streamed here starting at 3 p.m.