John Oliver on impeaching Trump: 'We just need to catch him urinating on the side of a Wawa' 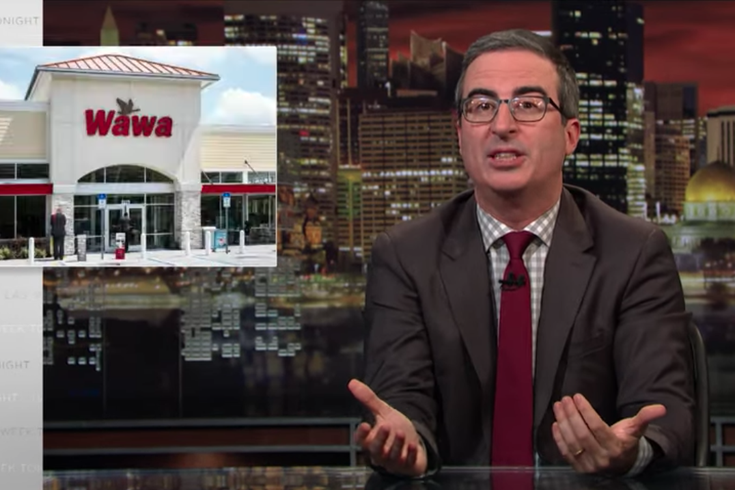 On Sunday's episode of John Oliver's "Last Week Tonight," the late-night host tackled the monstrous issue of impeachment, saying that while Nancy Pelosi might believe Americans don't understand it, he does.

Since the release of the Mueller Report, calls from Democrats for President Donald Trump's impeachment have only heightened. But there are a lot of misconceptions about impeachment, Oliver said.

For one, impeachment does not guarantee a president will be removed from office. Two impeached presidents – Bill Clinton and Andrew Johnson — remained in the White House after being impeached by the House of Representatives.

The impeachment process starts in the House with an inquiry, which results in a hearing and a vote. If a majority of the House votes in favor of impeachment, the Senate will hold proceedings, similar to a trial, that could result a president being removed from office if two-thirds of the senators support the move.

Grounds for impeachment are treason, bribery, or other high crimes and misdemeanors. Oliver roasted Trump for saying a president has to commit a high crime and a misdemeanor, because that's not what it means.

"Clearly, high crimes and misdemeanors doesn't literally mean there has to be a big crime and a little crime. 'Oh, well, the president has committed murder, now we just have to catch him urinating on the side of a Wawa, and we've got him.'"

Oliver went on to talk about obstruction of justice — wording that appeared 10 times in the Mueller Report and was the very thing that got Nixon and Clinton impeached.

Here's the entire clip from "Last Week Tonight" and Oliver's explanation of the impeachment process.