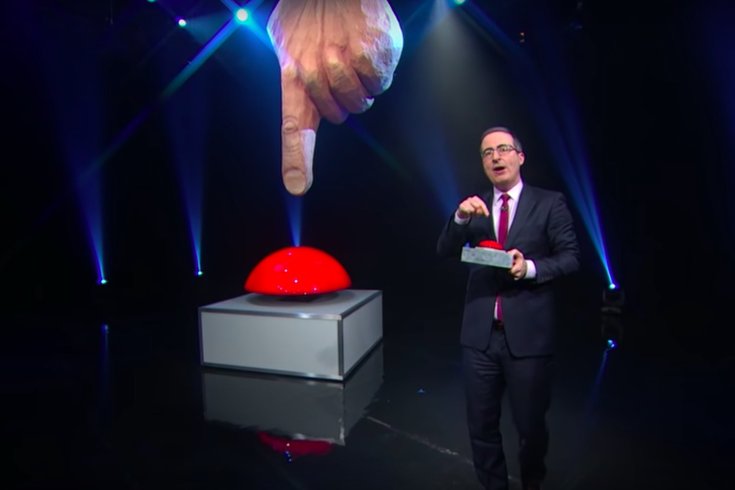 John Oliver's latest fixation during "Last Week Tonight" was the unending terror of robocalls, those insistent, automated phone calls we all receive on behalf of debt collectors and scammers alike.

It turns out, Oliver said, robocalls actually make up 60 percent of complaints to the Federal Communications Commission, and while calls about school closings or the abduction of minors do make up a portion of automated calls, major companies including Capital One, Comcast, Santander, and something called Finger Hut are all within the top 5 of busiest robocallers.

For scammers, it's also become very easy to begin spoofing – programming a phone to look like someone else is calling a recipient, making it easier to trick that person into giving away personal information.

The situation has gotten so dire that more than half of all calls  placed are expected to be robocalls by next year. It doesn't help that many terms of use agreements have fine print giving your consent for these calls, and canceling consent can require having to physically mail a written letter.

In response to FCC's lack of action in addressing these robocall concerns, Oliver did exactly what you think he will do: program an automated call to spam five FCC representatives every 90 minutes.

"It turns out, robocall is so easy, it only took our tech guy literally 15 minutes to work out how to do it," Oliver said.

With a theatrically large finger and button, Oliver began calling.

"Find the address, write us a letter, and we'll stop the calls immediately. And if you're thinking there should be a simpler way to opt out, well, no sh*t"