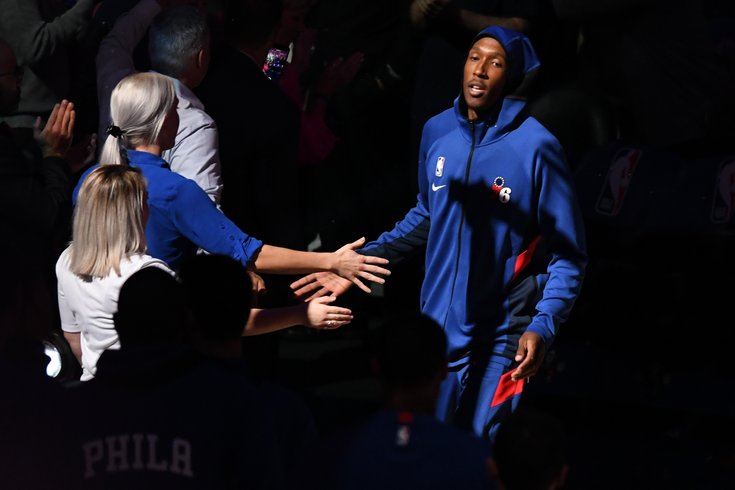 Josh Richardson during team introductions before the Philadelphia 76ers game against the Boston Celtics at the Wells Fargo Center in Philadelphia on October 23, 2019. (Kate Frese/PhillyVoice)

Josh Richardson has been ruled out for Sunday's matchup with the defending champion Toronto Raptors, the Sixers announced prior to Saturday's game against the Cleveland Cavaliers.

Richardson, who has not appeared since he left last week's game against the Sacramento Kings with hamstring tightness, participated in a full-court workout in Camden with Philadelphia's development staff, where the Sixers say he progressed and presented well to the medical staff.

Nevertheless, he will miss his sixth straight game on Sunday against the Raptors.

PhillyVoice was told on Saturday evening that there is no structural damage to Richardson's right hamstring, in spite of his absence dragging on a bit longer than initially anticipated. They have been adamant about remaining cautious with a soft-tissue injury this early in the season, and do not want to put Richardson at risk unnecessarily. The Sixers want him to return when the discomfort has disappeared and he has regained full explosiveness.

There is some hope that he could be available as soon as Tuesday's meeting with the Denver Nuggets, which was flexed into a national TV game on TNT this past week, though the Sixers still have not committed to an official timeline with Richardson due to the nature of the issue. In any case, they could use him back on the floor as soon as he's ready.