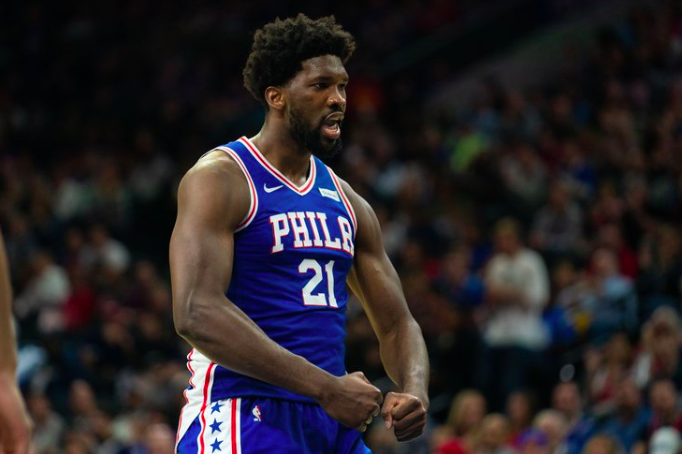 Sixers star Joel Embiid would have had a starring role in the upcoming Adam Sandler movie 'Uncut Gems,' but his NBA duties kept him from participating in the film.

Philadelphia 76ers All-Star Joel Embiid could have made his big-screen debut alongside Adam Sandler later this month — could have, if not for the whole NBA thing.

Director and brother duo Josh and Benny Safdie recently revealed that Embiid was supposed to play the role occupied by Garnett.

In appearance on The Ringer's "NBA Desktop" podcast, the brothers said Embiid was all set to take the part, but had to back out because production would have run into the NBA season. Embiid's manager, Jenny Sacks, ending up accepting a role as Garnett's manager in the movie.

“Joel made sense for the themes of the movie — it’s about this Ethiopian opal that gets smuggled into the city, and this African player was going to basically reclaim it, and it was going to empower him,” Josh Safdie said.

Here's a look at the trailer for "Uncut Gems," in which Sandler plays a jewelry store owner and compulsive gambler. The film hits theaters Dec. 13.

It would have been nice to see Embiid in a film, but all of Philadelphia can probably agree his focus should be on his full-time job with the Sixers.

Even without the movie role, it looks like he may have made friends with Sandler, who wore a "Trust The Process" Under Armour sweatshirt this week during an appearance on "The Howard Stern Show."