Josh Shapiro to be sworn in as Pa. governor using Jewish Bible from Philly museum 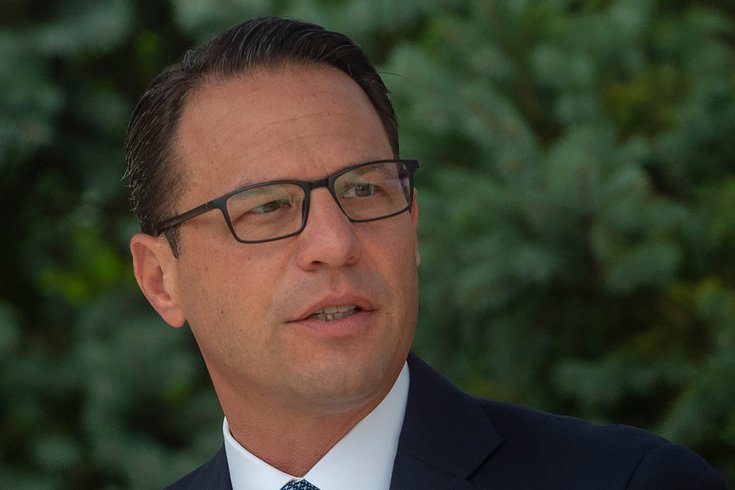 Pennsylvania Gov.-elect Josh Shapiro has chosen to use a Jewish Bible carried by a Herman Hershman, a soldier from Philadelphia during the D-Day invasion in World War II. Hershman attended the same synagogue as Shapiro.

Josh Shapiro will be sworn in as the 48th governor of Pennsylvania on Tuesday with a Jewish Bible carried by a soldier from Philadelphia during the D-Day invasion.

The Bible – one of three that Shapiro will use during his swearing-in ceremony – once belonged to Herman Hershman, a World War II veteran who attended the same Montgomery County synagogue as Shapiro. It is being loaned from the collection of the Weitzman National Museum of American Jewish History in Old City.

"We're so grateful that Gov.-elect Shapiro is recognizing the service of Jewish men and women to our country, and especially recognizing what I think is a relatively unknown story of hundreds and hundreds of thousands of Jewish people who served for the American armed forces during that conflict," said Josh Perelman, the museum's chief curator. "I also think it's wonderful that he is taking pride in Philadelphia, Philadelphia's Jewish community and, very publicly, his identity."

The Bible itself was published for Jewish service members by the Army in 1942 in consultation with Jewish chaplains.

Hershman was a graduate of Philadelphia's Central High School, and enlisted in the Army in October 1943 while a student at Temple University. He was immediately sent to Omaha Beach with the First Infantry Division, in the first wave of Allied forces to arrive in France during the D-Day invasion on June 6, 1944.

After being hit in the head and face by fragments of an artillery shell during D-Day, Hershman was awarded a Purple Heart and a Bronze Star. He later was promoted to corporal technician grade 5 and assigned to guard German prisoners at a POW camp near the village of Bolbec in Normandy. 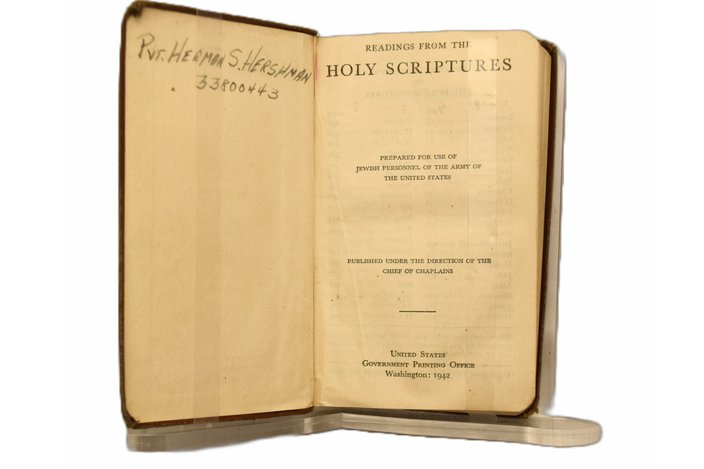 One of the Jewish Bibles that Josh Shapiro will use during his swearing-in ceremony was carried by Herman Hershman during World War II.

"I think about in our lives today, and, you know, college freshmen, that initiative to enlist, and to be so young, and to face such immense danger, is kind of, thankfully, nearly unfathomable in our times, but it reminds us just of what courage is and what commitment is," Perelman said.

Hershman was a lifelong member of Beth Sholom in Elkins Park. Hershman's father, Joseph, served for decades as the sexton or executive director at the synagogue's original location in Philadelphia's Logan neighborhood. In 1959, the congregation moved into a suburban building designed by Frank Lloyd Wright.

In 2010, Hershman and his wife, Rhoda, donated the Bible to the Weitzman Museum among other artifacts related to his military service. The Bible is not currently on exhibition at the museum, but others like it are rotating due to conservation requirements. 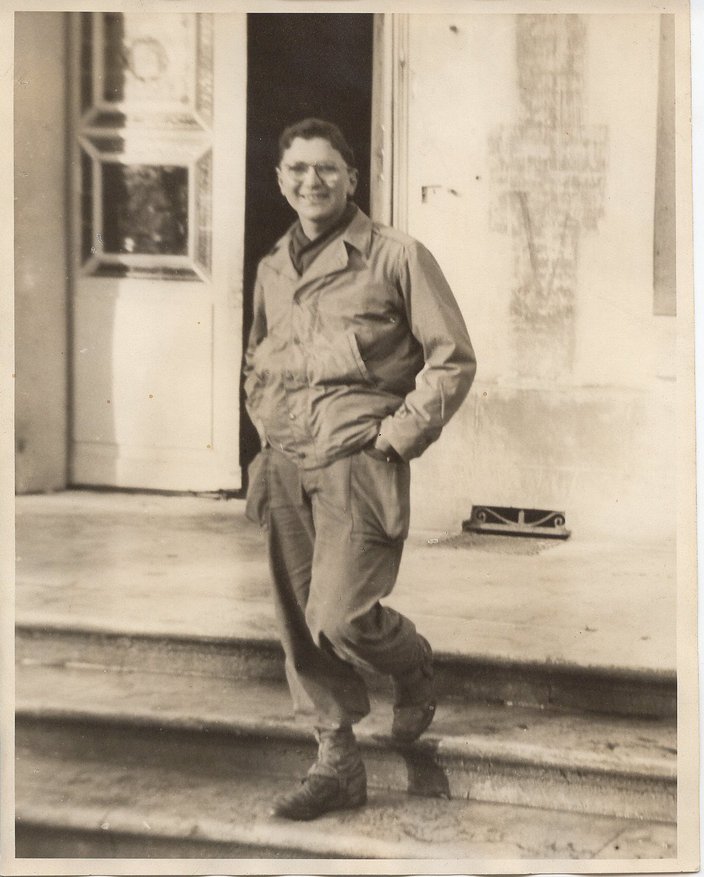 "We are always telling the story of Jewish servicemen and servicewomen who served our country in World War II," Perelman said. "The Bible represents one of them, and one of the many stories of people who have served in military conflicts throughout the history of our country."

Shapiro also will be sworn-in using a family Bible and a Bible that was in the Tree of Life synagogue during the 2018 massacre there, PennLive reported.

The Weitzman Museum is coordinating with Pennsylvania's director of archives to transport Hershman's Bible to and from the inauguration, which will be held in the Pennsylvania State Capitol Complex in Harrisburg.

"We live in a time where, you know, there is a frightful rise in anti-Semitism, along with all sorts of other bigotries and hatreds are affecting us all," Perelman said. "So for Gov.-elect Shapiro to stand up, take pride in his identity and illustrate service of Jews to this country is very necessary and appropriate in this moment."

The Weitzman National Museum of American Jewish History is located at 101 S. Independence Mall East, and is open Fridays through Sundays from 10 a.m. to 5 p.m. Admission is free, and tickets can be claimed online.