The immersive ode to theater's lasting impact was co-founded by Diane Nicoletti, who now lives in Monmouth County 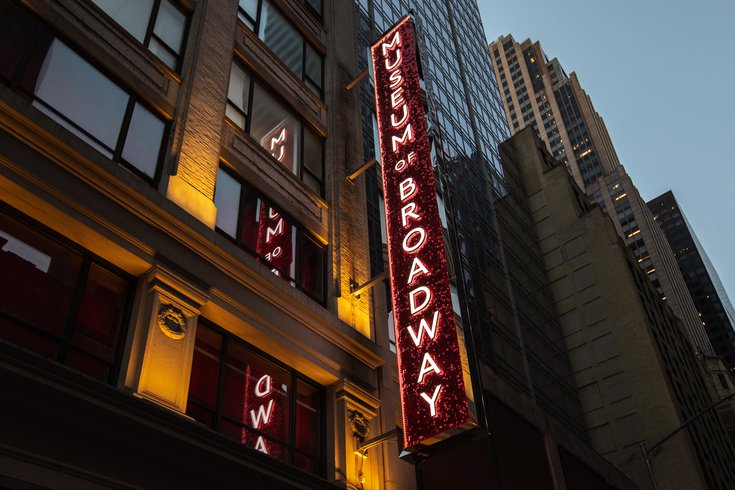 Despite Broadway being a major aspect of New York City's entertainment scene and tourism, there has never been a permanent museum dedicated to it — until now, thanks to a local woman.

The Museum of Broadway, located on West 45th Street in Times Square, highlights groundbreaking moments in Broadway history through interactive experiences and rare artifacts on display. Pennsylvania native Diane Nicoletti co-founded the museum along with Julie Boardman, opening it to the public in November.

"It's been fun to see people's reactions because overall it's been really positive," Nicoletti said. "People think it's incredible, and they love it. And so that just makes me happy that we created something that resonated with people."

Nicoletti, who now lives with her husband and kids in Monmouth County, grew up in Hershey and attended Hershey High School. During her youth, she was involved with theatrical productions and took many trips to see shows on Broadway, which inspired a love of theater.

She met Boardman, who is now an entrepreneur and Tony-winning producer, when they attended the University of Southern California together and joined the same sorority. 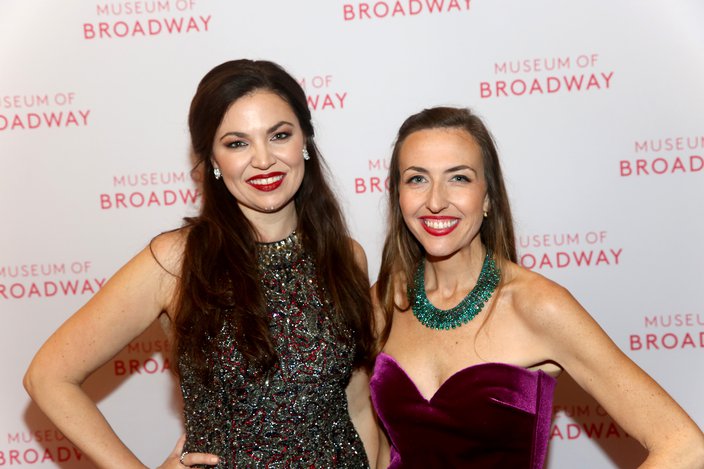 Following college, the pair moved back east and kept in touch. With Nicoletti at an experiential agency and Boardman at an events staffing company, they would often work together over the next decade when Nicoletti required staff for "Game of Thrones" or "How to Train Your Dragon" fan experiences that her company ran.

The idea for the Museum of Broadway came together five years ago, around the time when experiential pop-ups dedicated to ice cream and colors were booming. Someone asked Boardman why there was no Broadway museum and she brought the question to Nicoletti, who also noted the city's obvious lack.

"I'm like, oh my gosh, that is such a hidden obvious, why isn't there?," Nicoletti said. "There's a museum about everything, how is there not one about Broadway? It's like the number two reason why people come to New York."

From there, the women brainstormed concepts for the museum, receiving feedback from Broadway professionals Boardman knew through her work on shows like "Funny Girl." Eventually they started working with vendors and curators. They found a 26,000 square foot space in Times Square, conveniently located amidst the Broadway action, and opened their doors in November 2022.

The museum itself is broken into three self-guided sections showcasing over 100 theatrical productions. Using immersive video projections, "The Map Room" follows the historic migration of New York City's theaters from the Financial District to Union Square and Herald Square to modern-day Times Square.

"The Timeline," which spans the majority of the two-story space, travels through theatrical history from 1732 to 2023. It highlights the pioneers of the trade, including the most socially progressive moments on stage as well as the most beloved plays. 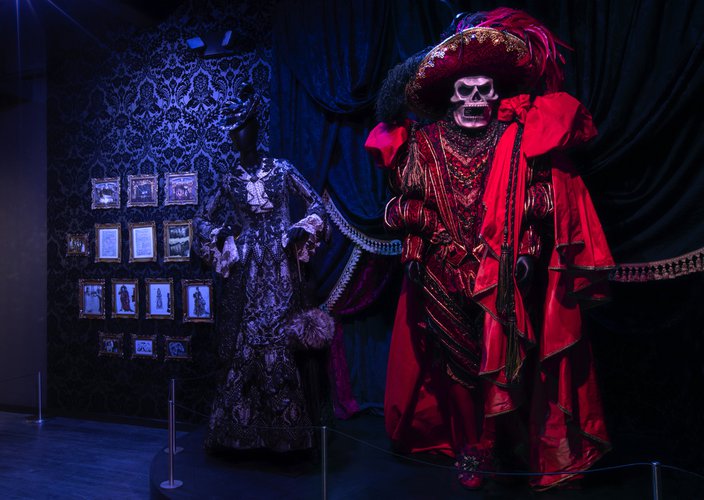 Museum of Broadway “Phantom of the Opera” costumes

In "The Timeline," visitors can dance along to music from "West Side Story," pose with a graphic mural inspired by "Hair," recreate numbers from "A Chorus Line" and admire a "Phantom of the Opera" chandelier with 14,000 crystals, one for each performance the show has run on Broadway.

"The Making of a Broadway Show" pulls back the curtain on the talented people who bring shows to life on- and off-stage, including writers, choreographers, lighting and sound professionals, costume designers and videographers.

Visitors can also check out a fully-equipped rehearsal studio space, which hosts classes and special events, and a gift shop that's open to the public, featuring merchandise from current Broadway shows. 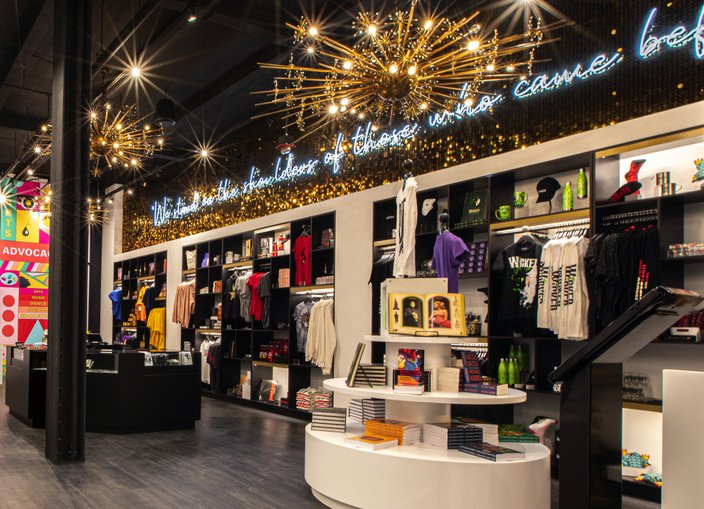 While celebrities involved in theater, including Jane Krakowski and Jesse Tyler Ferguson, have enjoyed visits to the museum, Nicoletti says one of her favorite experiences since opening has been seeing students look around and learn. She is working on expanding educational opportunities at the institution.

"I think it's a really nice education," Nicoletti said. "We really built this to be fun and visual storytelling, but there's a lot of really good meat there in terms of giving students and adults a good musical theater education. So that's really exciting."

Tickets start at $39, with a special $25 price on the first Tuesday of each month. A portion of each ticket sale is donated to the nonprofit Broadway Cares/Equity Fights AIDS, an industry-based AIDS fundraising organization that helps people across the country receive lifesaving medical and financial assistance.

"We're right in the heart of Times Square," Nicoletti said. "So when people come to visit, it's a great thing to do ... before a show. And it's also not even just for Broadway fans; I think a lot of people have been able to get a lot out of it that are either casual fans or even looking for a little bit of history of New York, too. Because Broadway is so synonymous with New York history."