American Girl's 2023 'Girl of the Year' is from New Jersey

The latest entry in the company's line of contemporary characters is Kavi Sharma, an Indian American Broadway fan who loves singing 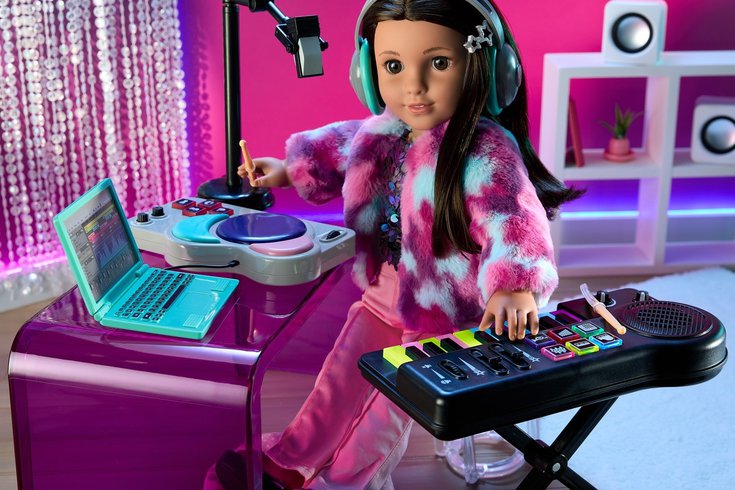 American Girl's 2023 'Girl of the Year' doll, Kavi Sharma, is from New Jersey. Author Varsha Bajaj, who wrote 'Thirst' and 'Count Me In,' helped create the character.

Each year for more than two decades, American Girl has created a unique, contemporary character to reflect what it means to be a girl growing up in the United States. This year's doll hits close to home.

MORE: Netflix's new series 'Kaleidoscope' can be watched in any order

"As we ring in a new year, we're excited to have Kavi Sharma take center stage in our popular 'Girl of the Year' lineup," said Jamie Cygielman, general manager of American Girl. "Just like all our beloved characters, Kavi's culturally relevant and aspirational stories help inspire kids to shine bright in their own way and be proud of who they are."

Kavi's character comes to life through a 18-inch doll with brown eyes, a medium skin tone and dark-brown hair styled in a half ponytail. Kavi's product collection includes clothes and accessories that reflect her love for performing, including her signature outfit, a mini keyboard, a folding stage, Bollywood dance costume and her dog Scamper.

To create Kavi's story, shared through an illustrated paperback journal that comes with the doll, as well as a hardcover novel, American Girl worked with New York Times bestselling author Varsha Bajaj, who wrote "Thirst" and "Count Me In."

"Kavi's story is important to all the young readers who will see parts of their lives represented," Bajaj said. "I took immense delight in showcasing slivers of Indian culture, including dance, yoga traditions, food, clothing and magical festivals like Diwali and Holi."

The Kavi product collection is available online and at all American Girl retail locations nationwide. The hardcover book, "It's Showtime, Kavi," will be available later this year.

American Girl fans can check out "Girl of the Year" Youtube videos, a virtual museum experience and a Q&A with Bajaj .

To keep with the theme and support young performers, American Girl has partnered with the Broadway Education Alliance's Camp Broadway, a cultural enrichment program that makes theater arts accessible for kids. American Girl will fund full and partial scholarships for kids participating in the camp's 2023 summer program in New York City.

This isn't the first time the Girl of the Year has been local. In 2017, the character Gabriela McBride — a dancer and a poet who runs a sandwich shop — was from Philadelphia.