The unique products, designed by founder Hannah Lavon, can now be found in approximately 800 stores around the world 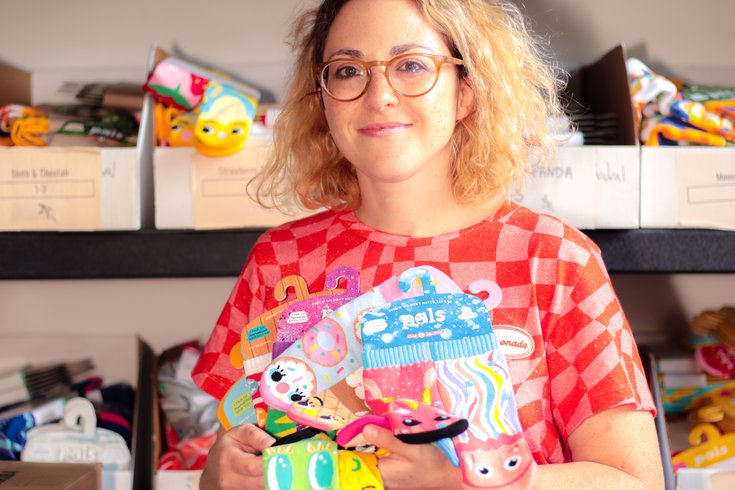 The Philadelphia-based Pals company sells unique mismatched pairs, to promote kindness and acceptance of diversity. Founder Hannah Lavon (pictured above) launched the brand in 2016, and the socks are now available in around 800 stores worldwide.

A local business owner is encouraging customers to wear mismatched socks on purpose, to create a friendlier and more colorful world.

MORE: American Girl's 2023 'Girl of the Year' is from New Jersey

"The whole concept that we're trying to physically show is that it's way more fun that they don't match and they go perfectly together, which I think is a way to talk about society as a whole," Lavon said. "For example, we have a taco and hot sauce, right? Two different friends go together ... We have a higher purpose for the mismatch." 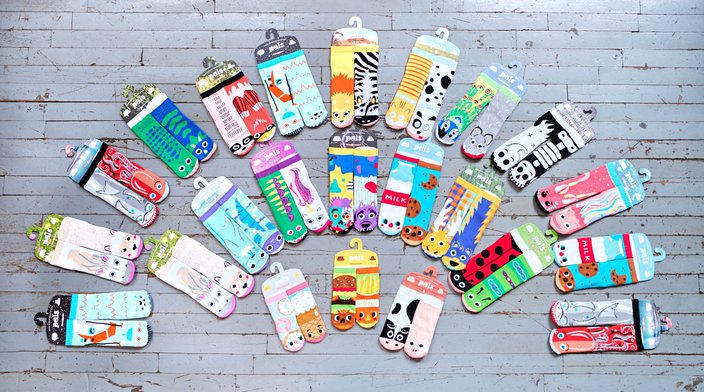 Lavon, a Brooklyn transplant who has lived in Philadelphia for the past five-and-a-half years, is a designer by trade whose first endeavor into clothing was a side hustle making mittens. The mittens came in predator vs. prey pairs, which could double as hand puppets for kids.

The idea soon morphed from mittens to socks, and from foes to friends.

"Mittens are very seasonal; you can only sell them for a couple of months out of the year," Lavon said. "I also was not overly inspired by making mittens that were battling. I really wanted to do something that I felt more strongly about and had better meaning for society ... So I kind of changed that to, 'It's way more fun that we don't match,' and had it become the socks, which are way more sale-able."

Lavon launched Pals in 2016 with just $600. Today, the socks are sold in around 800 stores around the globe, and have been spotlighted by major news outlets such as Good Morning America and Forbes.

Pals products can also be purchased on the company's website, and occasionally make pop-up appearances, including within the Christmas Village at Dilworth Park.

Pals pairs include quirky buddies like chips and guac, dragon and unicorn, cat and dog, burger and fries and —  Lavon's favorite —  a glow-in-the-dark ghost and skeleton. 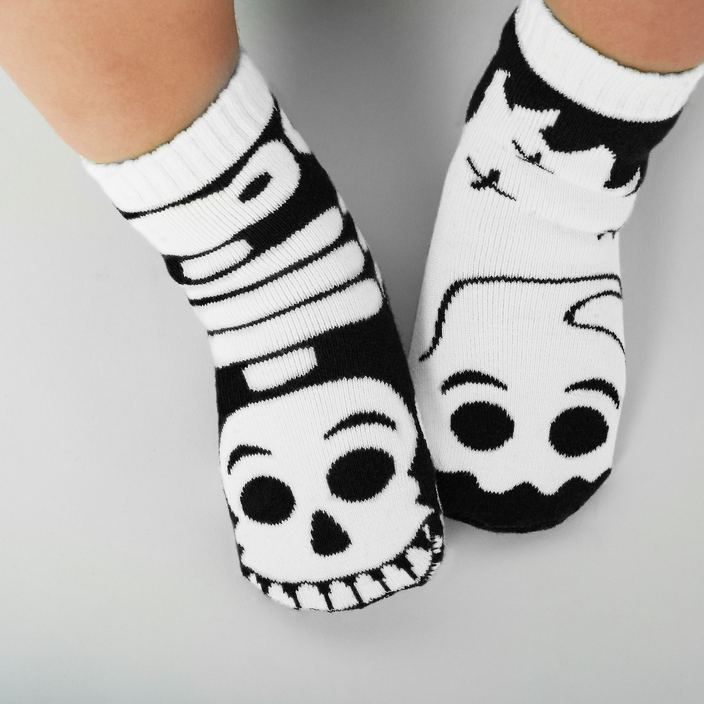 Along with mismatched socks for all sizes and ages, Pals also sells baby booties, masks, coloring books and "peek-a-boots," see-through boots which allow wearers to show off their Pals socks.

Customers seeking a continuous supply of the funky socks can purchase a Sock Subscription, which sends them surprise pairs for either three months or six months in a row.

While the products are ethically-made by the brand's partners in Colombia and China, Pals headquarters — a warehouse and the office where its small team works — is located in the Port Richmond neighborhood of Philadelphia.

"I really would like to be more locally known as a local brand," Lavon said.

Lavon designs the original Pals socks, but the company also taps other artists for their own Pals series. The brand recently released a limited-edition collaboration with Paul Frank, featuring the iconic cartoons for which the designer is known.

A central aspect of Pals is the brand's "manifeetsto," or the message of empathy Lavon hopes her products will share. That message extends to the company's fundraising work, which has helped accrue over $250,000 for charities since 2019.

"We're trying to create a more friendly and open-minded and colorful world with the socks," Lavon said. "We like to say that life is more vibrant with a colorful collection of pals. And I think that is true."